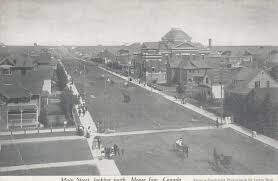 Amazingly, he saw 16 months of active service in World War One but survived the conflict in which three of his brothers were tragically killed: Richard in 1915, and Harry and Clement  in 1917.

Captain Hubert John Allen Bird was born in Plymouth on 29 July 1889. He was one of the youngest of 11 children and attended Plymouth College. His father, Henry, owned a brickworks across the Tamar in Cornwall.

Hubert, probably as a schoolboy, served in the College Cadet Corps and 2nd Devon Royal Garrison Artillery (RGA) back home.

But he appeared to have had an adventurous spirit. At a very young age, he emigrated to Canada in 1905 four years after the death of his father to join two uncles in rural Saskatchewan.  At the age of 15, he filed a claim on land south of Melfort under the Homestead Act and homesteaded there until 1908.

As a result of his involvement in provincial politics, where he supported the rival candidate of an influential cabinet minister, he found he had jeopardized his rights to prove his title to his homestead. Selling the property for the value of its improvements, he briefly worked at a bank in Winnipeg before accepting the position of timekeeper at the Navin Brothers construction firm in Moose Jaw, Saskatchewan.  [1]

He married his sweetheart Violet Ruth Stewart of Wolfville, Nova Scotia, before he set off back to England in 1914 to join his brothers who had also joined the Canadian Expeditionary Force (CEF) – Richard and Harry –  and the British Army Clement.

He attested on 3rd November 1914 at Pond Farm Camp, Salisbury Plain into the 11th Battalion CEF and transferred like his brother Harry to the 5th Battalion CEF (Western Cavalry) on 2 February 1915. [2] He seems to have travelled at his own expense from Canada to England in order to join the same CEF and to be reunited with his three brothers. [3]

Tragically, his brother Richard was killed in action in Gravenstafel, the second Battle of Ypres on 25 April 1915.  Just under a month later, on 22rd May 1915,  Hubert received a gunshot  or shrapnel wound to his nose while serving with the 5th Battalion at Bethune and was evacuated to the 3rd General Hospital at Le Treport, then eventually to England to recover.

Once he had convalesced, he was transferred to the 2nd Field Company Canadian Engineers on 16 June 1915 and was a substantive Sergeant by October 1916.

His wife Violet is recorded as being resident in Wolfville, Nova Scotia, Canada at the time Hubert attested into the CEF but by 25 February 1916 is recorded as residing at Riversdale Road, Aigburth, Liverpool and The Children’s Convalescent Home, West Kirby, Cheshire. She is also recorded in the attestation files as residing at 9 Morrab Terrace, Penzance – where her mother-in-law had moved some years before after her husband’s death.

Hubert was commissioned in the Canadian Engineers in November 1916, serving with the 2nd and 8th Field Companies in France between late May and August 1917. On 20 July he was granted leave on compassionate grounds: his brothers Harry and Clement had both been killed the previous month. [4]

In early August he returned to England permanently on compassionate grounds. He joined the 1st Canadian Engineers Reserve Battalion. [5]

Later that month the War Office seconded him to the Air Ministry to support airfield construction[6] in the appointment of Resident Engineer. He remained in this role until March 1919 when he was demobilised in Ottawa. 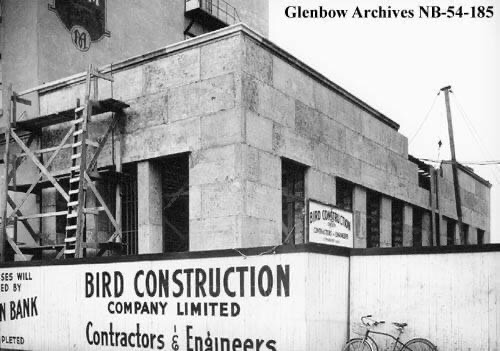 In March 1920, with two partners he established Bird and Woodall General Contractors, in Moose Jaw, Saskatchewan. The company has become one of the largest construction firms in Canada.

‘During the flood of the century, Hubert J. Bird and the Company play a significant role in the battle against the raging Red River as it inundated many neighbourhoods in the City of Winnipeg and surrounding communities. Bird would subsequently participate in the construction of Winnipeg’s flood management infrastructure.’ 7]

[3] Harry and Richard who had also joined the CEF  had both emigrated to Canada by the time of the outbreak of war. Clement, who had only just left school in Penzance when war broke out, joined the British Army.

[4]  According to his Canadian Forces attestation files, Hubert assigned pay of 30 Canadian dollars to a ‘Thomas A Bird’ residing at 99 South Drive, Toronto, Ontario on 1st June 1917. This was possibly his Uncle.

[5] This was doubt following the deaths in action that year of his brothers Harry in April and Clement in August. It is more than possible that that someone senior in the CEF intervened on his behalf in the background to make this happen, based on the fact that he had now lost three of his brothers.  Some families who had lost multiple sons in battle wrote to the Royal Family to request that surviving sons should be spared. An example of this is the Smith Family of Barnard Castle, County Durham, who lost five sons. The sixth was spared after a local vicar’s wife wrote to the Queen, as result the sixth son was brought back from the front and spared. The US DoD Sole Survivor Policy was introduced in 1948 for this reason. RMD