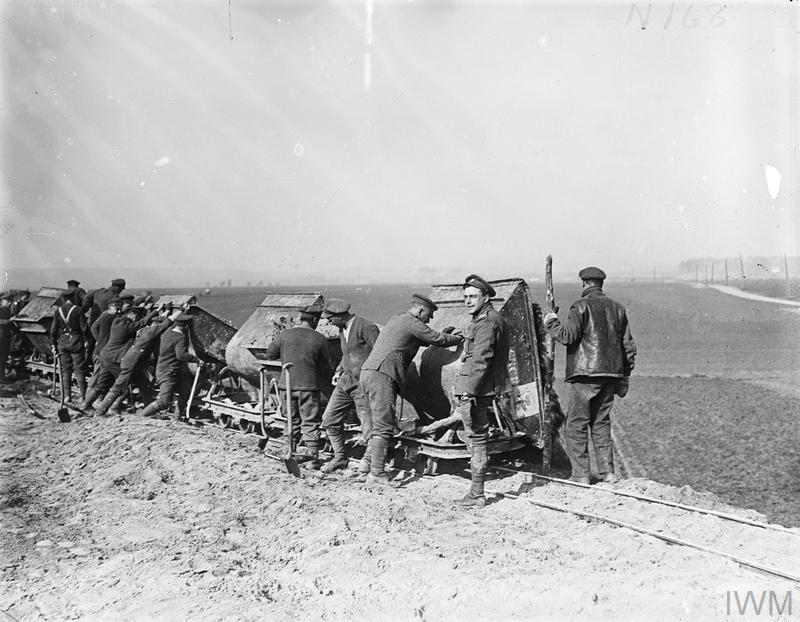 The story of Richard Rowe is a sad one that resonates today as the world is gripped by a pandemic. He signed up in Canada and survived the Western Front but died in 1919 back in Liverpool of the Spanish ‘flu that took thousands of lives at the end of the war.

Richard Andrew Rowe was born in Redruth on 13 June 1881.  A decade later at the time of the 1891 census, he was living on Falmouth Road in the town with his mother Angelina (born in St Austell) and four siblings. His two older brothers, William and Edward, were both miners.

His father is not listed on the census. He may have been working overseas, like many miners at the time. He apparently died in the following years, as by the time of the next census in 1901 Angelina Rowe had remarried and her new husband, William Gould, had become head of the family. Cornish miners crowding the platform of Redruth Station in 1904 as they embark on the first stage of a journey overseas to find work. Courtesy Paddy Bradley

Richard was still living at home, aged 19. The family had moved to 26, Bullers Row and he was  working as an independent shoe and boot maker. His mother and her new husband had had a child, Freddy, who was then five.

But though Richard was making a living as best he could, the town  – and Cornwall – was gripped with emigration fever. The local mining industry was in decline and hundreds of workers were leaving for Australia, South Africa and America. In 1907, Richard and his younger brother Ernest decided to leave to seek work overseas. They sailed for New York from Southampton on 21 September that year.  They both declared on arrival that they were heading for the arid state of Arizona, where new copper mines were opening. Their destination: Globe, then a booming mining town.

At the time of the census on 20 April 1910, both men were living in Globe. Richard was still single and working in a copper mine, lodging with eight others in a house on Canby Street.

By 1916, a trade directory shows he had moved to the nearby settlement of Miami, a brand-new town, and was boarding in rooms and still working as a miner.  By this time, Ernest had married and he and his wife Winifred (nee Webber) had a two-year-old daughter, Violet. The European war, which had broken out in 1914, probably seemed a long way from his life there. But then America entered the conflict in 1917.

Like many other Cornish emigrants in America (Canada and the US), Richard Rowe decided to enlist.

Again, like many others, he chose to fight for King and Country and enlisted with the Canadian Expeditionary Force.  About two thirds of the men who formed the first contingent of the Canadian Expeditionary Force at Valcartier, Quebec in 1914, had been born in the UK.  By the end of the war in 1918, at least half of the soldiers were British-born. [1]

Leaving his brother Ernest and family in Globe, Rowe travelled to Vancouver, British Colombia and signed up on 6 April 1918. This is a long journey now: some 1,600 miles and a 24-hour drive. In 1918, it would have taken many days.

Richard Rowe in April 1918 was relatively old for a recruit – aged 36 years and ten months.   He was still single and said he had served before in the army –  between 1902 and 1907 in a volunteer battalion of the Duke of Cornwall’s Light Infantry. He was fit enough to fight and had 20:20 vision: 5’ 6” tall, with blue eyes and blonde hair. He gave his religion as Church of England. Canadian railway troops creating a cutting during construction of a broad gauge railway at Lapugnoy (near Bethune), 11 March 1918. Copyright: © IWM.

He became Sapper Richard Andrew Rowe, 2204774, in the 6th Field Company of the Canadian Corps of Engineers, attached to the 11th Battalion Canadian Railway troops. These railway construction units were doing vital work in France and Belgium creating networks to transport ammunition and troops to the Western Front.  Rail movement had become critical to military logistics spurred on by the ‘Shell Crisis of 1915’. This crisis, the shortage of ammunition for the Western Front saw the fall of the Prime Minister H. H. Asquith and his replacement by Lloyd George in December 1916,

Looking back now, it seems tragically close to the end of the war to embark on such an undertaking. But the Germans had launched a Spring Offensive and had rattled the Allies. In the early months of 1918, there was an anxiety in the air. Rowe crossed the Atlantic on the SS Wiamana and arrived back in the UK on 7 July 1918.  He was attached to the 18th Canadian Railway Troops in Purfleet, Essex until 29 September.

The following day he left for France and joined his unit there on 5 October.

The work was vital but not needed for much longer. The war was to last just a month more.

After the Armistice on 11 November 1918, Rowe was transferred back to the CRT Depot at Witley, Surrey, a camp used for demobilization and repatriation at the end of the war – whether to Canada, or Cornwall.

But then a deadly virus struck. The Spanish flu killed hundreds of thousands over the next few months and Richard Rowe did not escape. Nearly 46,000 members of the Canadian Expeditionary Force overseas got sick and 776 died, the military historian Sir Andrew MacPhail reported in his 1925 history of the Canadian Army Medical Service [2]. All four lie a long way from home  – in Richard Rowe’s case, the copper mines of Arizona and his family back in Redruth.

Sapper Jacob Doyle, however, subsequently moved back across the Atlantic. Cemetery records show that his body was transferred to Canada for burial and his grave is now at Throoptown Cemetery, Ontario.[4]