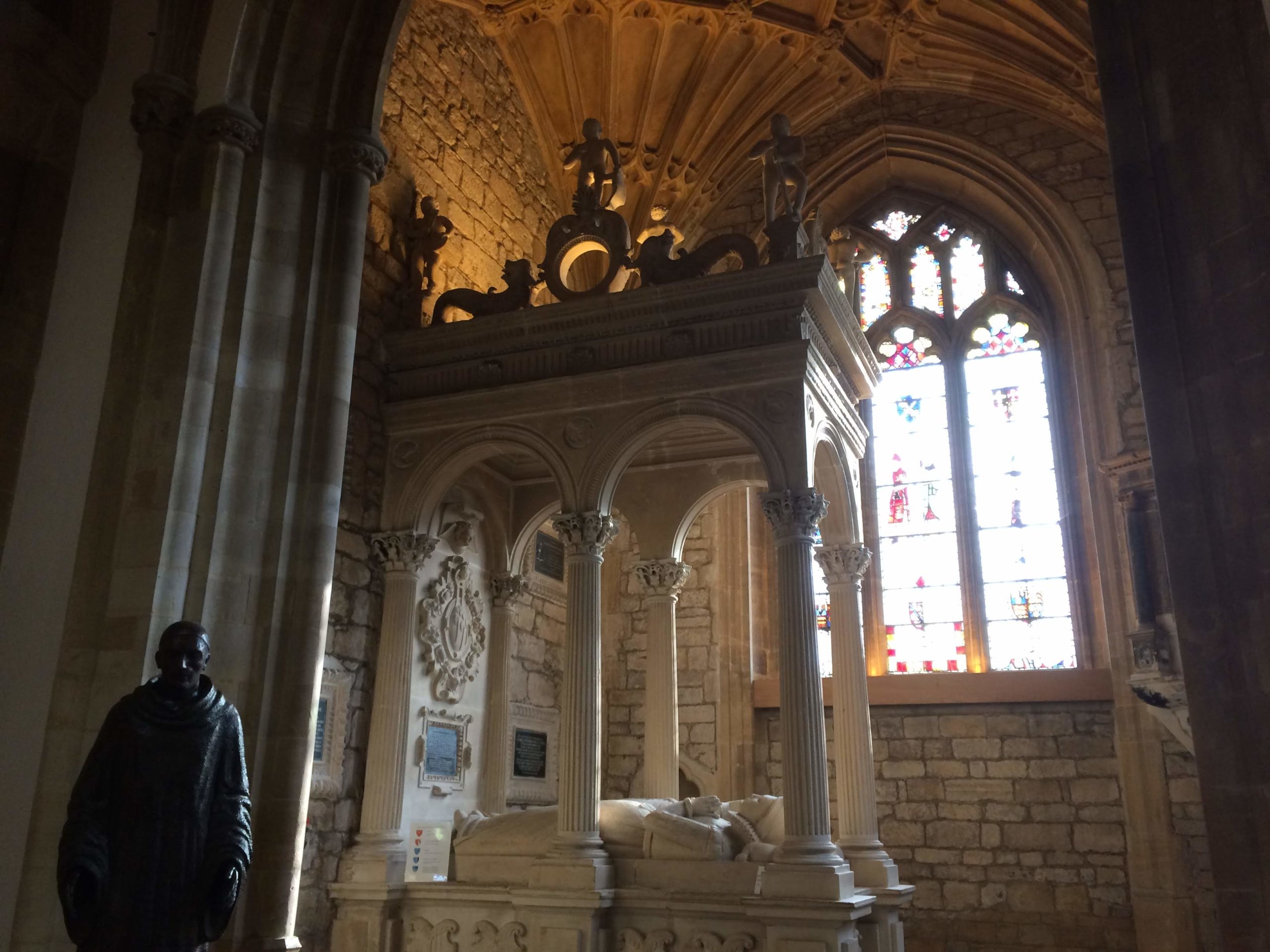 A strange and slightly unsettling discovery today (21 November 2018) in Sherborne, Dorset.
In the amazing Abbey, there are two World War One memorial tablets, both to men who died early in 1915. Gareth Hamilton Fletcher died on 25 January 1915 at Cuinchy, La Bassee, France, aged only 20. He was in the Grenadier Guards.
His parents paid for this memorial in Sherborne Abbey, as well the memorial a few feet away to Laurence Rowe Fisher-Rowe who died, aged 48, on 13 March 1915 the day after receiving wounds at the battle of Neuve-Chapelle. He was also in the Grenadier Guards and married to Eveleen Fletcher, Gareth Hamilton’s sister. So this family lost two members  – a son and a son-in-law – in a few weeks.
Sad enough – but I wanted to know more as both men died in the area we’ve been studying in Estaires – where the 25th Field Ambulance was stationed (there were many Cornishmen in this unit).
It was a surprise and slightly uncanny to discover (via the Commonwealth War Graves website) that that Laurence Fisher-Rowe had actually been buried in Estaires. He must have been taken from the battlefield to a Field Hospital in the town.
Two weeks ago we were in Estaires marking the centenary of the Armistice, in the graveyard where Laurence Fisher-Rowe and nearly 900 other men lie buried. 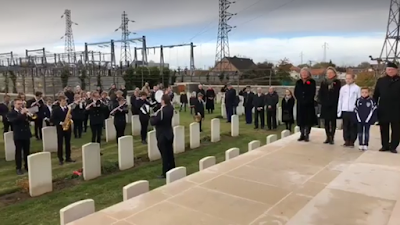 Most of their stories are unknown – so it is good to learn more about just one (and his brother-in-law, Gareth Hamilton Fletcher, who is remembered at Le Touret Memorial, by the road between Bethune and Armentieres). I am guessing that Gareth’s body was never discovered.
In the 25th Field Ambulance War Diary, the entry for 15 March 1915 describes much activity in the hospital around the preceding days which were the start of the Battle of Neuve Chapelle.
We know about these deaths and this tragedy because of the Memorials. They were paid for by grieving parents who had the resources to create something lasting to remember them. There were so many others who didn’t – and so many other men who lie completely forgotten.