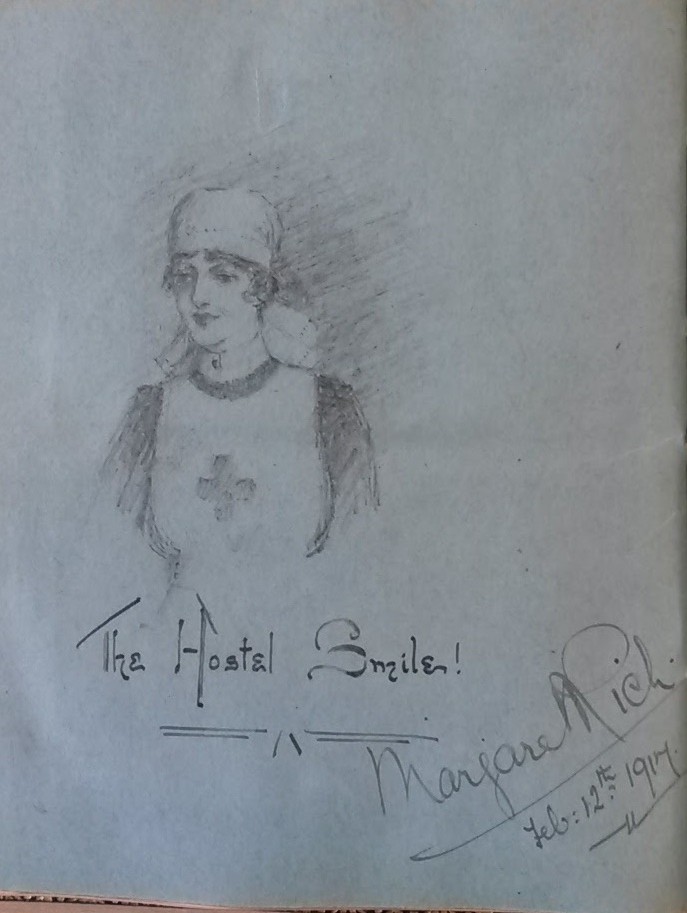 One of the young nurses at the hospital for officers at Scorrier was Margaret Rich, daughter of Harry Rich of Redruth. The family was wealthy and influential at the time.

Margaret, known as Margo, was born in 1900 and the 1911 census shows that she was living in Redruth with her father with Harry, a mining merchant, born in St Agnes, and her mother Nellie. She loved to sing – and dance as the album shows.

The Rich family, in particular Margaret’s father Harry, was very influential in Redruth in the World War One years. There are still people alive in the town today who remember him: he was the godfather of Mrs Ida Congdon, who attended our first Heart of Conflict exhibition in 2015. Mrs Congdon’s father, who served on the Front in WW1, was Harry Rich’s chauffeur.

Harry Rich led the Young  Men’s Bible Class at Redruth Wesleyan Chapel. For information about this, and stories about those involved, click here.