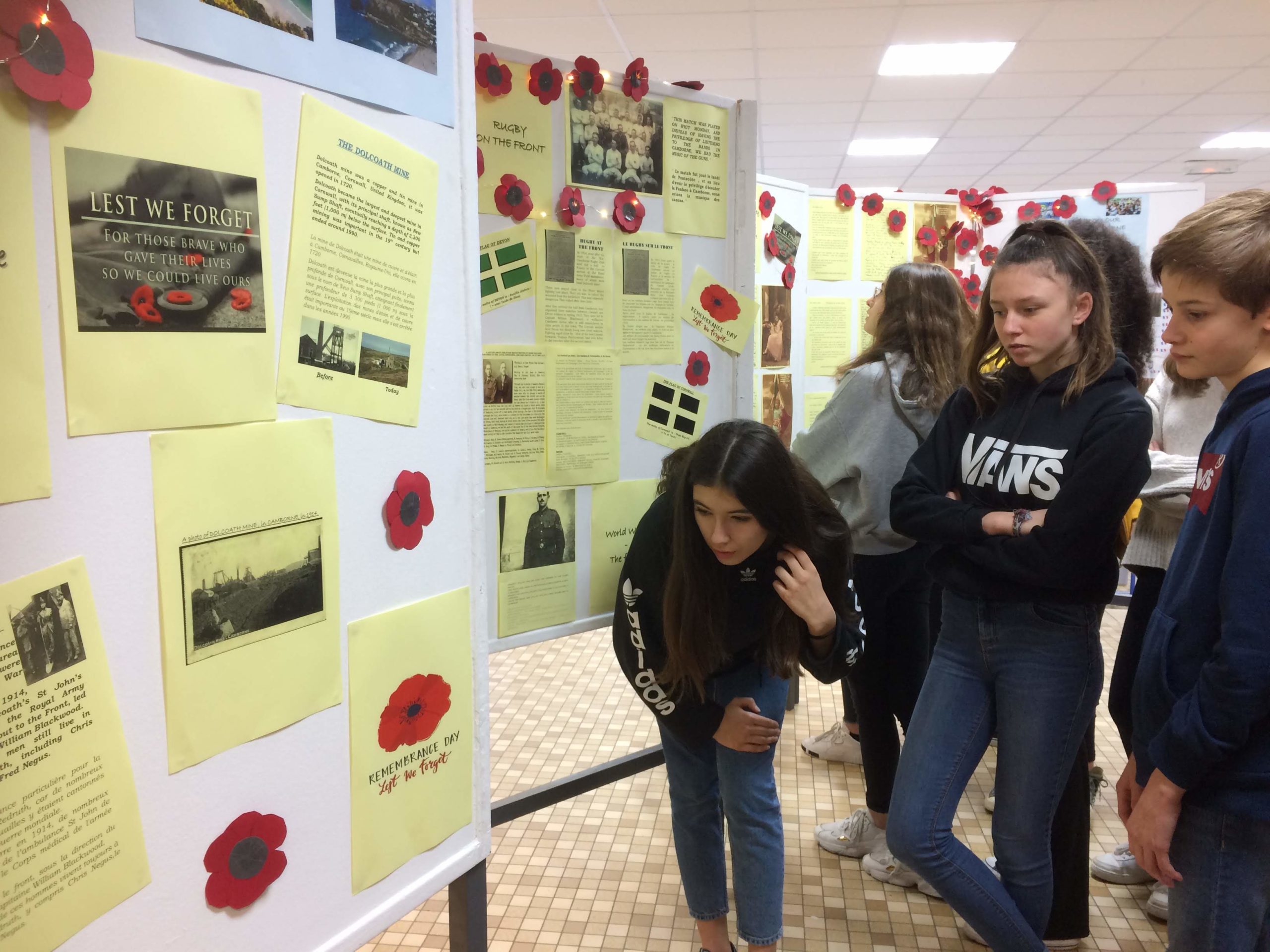 Cornish tin miners from Dolcoath featured in a special exhibition created by students at the College du Sacre Coeur, Estaires, in northern France created last week (6 December 2019). Students at the school, which was turned into a Field Hospital in World War One, put on a display about the men from  Cornwall in the 25th Field Ambulance who played in three rugby matches at the Front in May 1915.

Amidst preparations for the terrible battle of Aubers Ridge, the men organised three games between Cornish and Devon soldiers in the Field Ambulance after Camborne Rugby Club sent out a ball.  The school last Friday (6 December 2019) commemorated these  matches by playing a seven-a-side game between teams representing Devon and Cornwall. Click here for more. 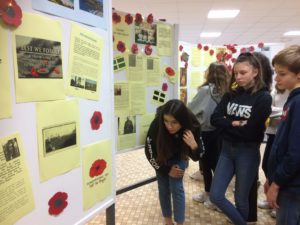 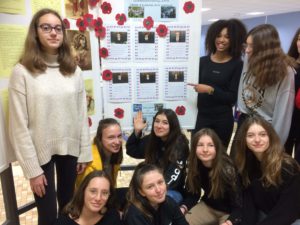 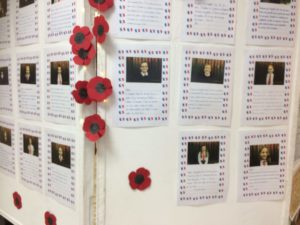 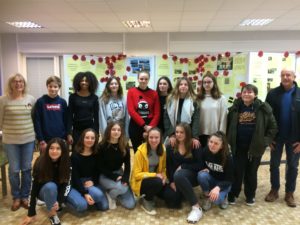 To create the exhibition, English students, with the help of their teacher Anne Debette, corresponded with Alison Pooley, the granddaughter of Leslie Pentecost who had played in the matches.

It also presented messages – written in French – from St John’s Catholic Primary School in Camborne, which is just started to correspond with the school. They were very impressive and a credit to Camborne!

Our work in Estaires started in 2017 when we forged links between Cornwall and the town having discovered that Cornish miners from Dolcoath were stationed in Estaires. Camborne Youth Band visited the town in 2018; Corey Williams, the great great grandson of Fred Negus, one of the miners, was in the Band and played Fred’s 100-year-old bugle.

In November that same year, we visited the town again on Armistice Day with Alison Pooley and her sister Carmen Saunders to honour these historic links.  The school pulled out all the stops then, too, with a fantastic exhibition, musical performance and play.