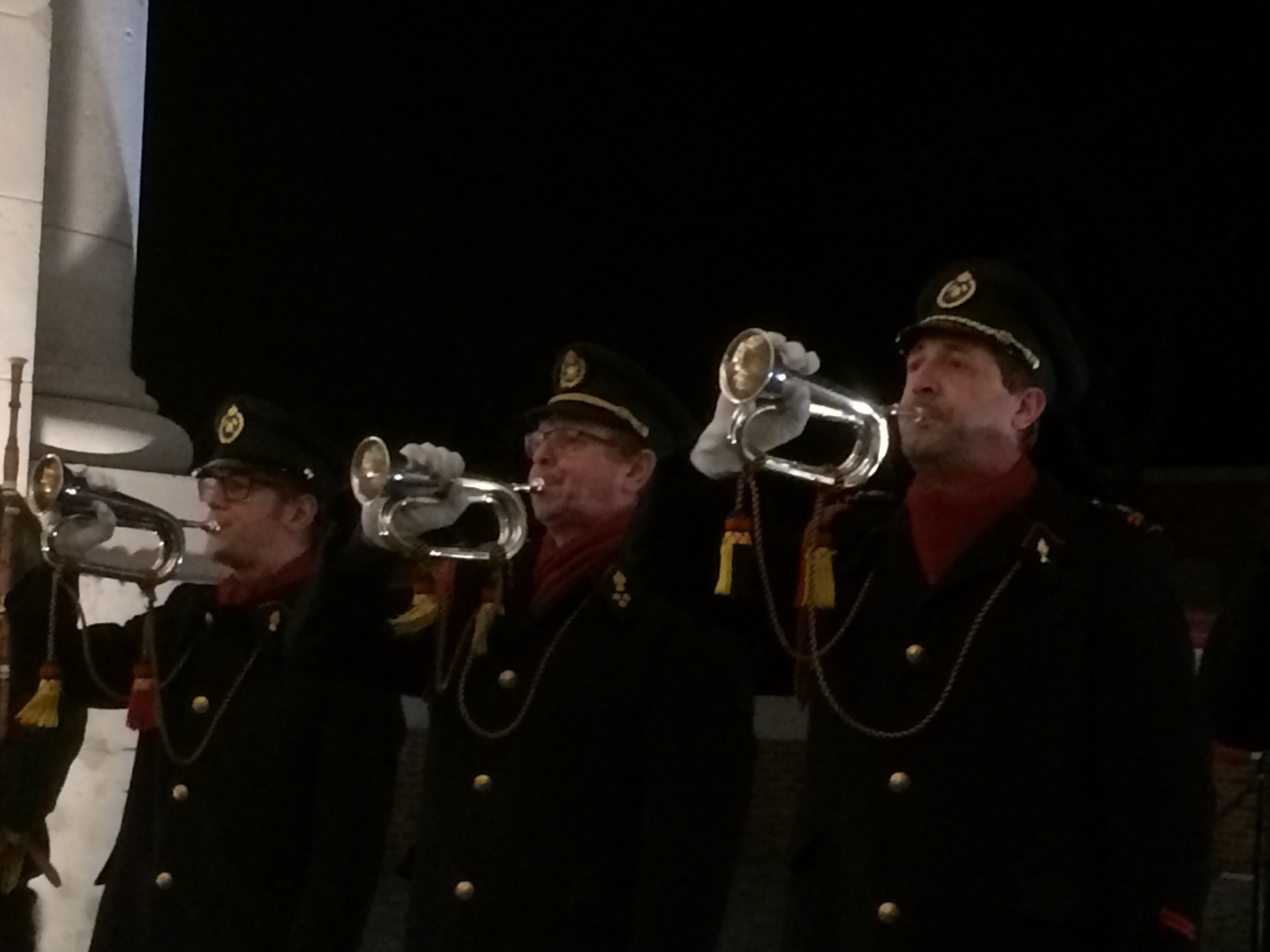 The Menin Gate at Ypres

We’re delighted to be working with Camborne Youth Band, who have been invited to play at the Menin Gate, Ypres, Belgium, in August this year. It is a huge honour to play at such an important place, where so many men are commemorated – especially in 2018, the 100th anniversary of the end of World War One.

The great great grandson of Fred Negus, whose story we discovered earlier in Heart of Conflict, plays in the Band. Corey Williams has Fred’s bugle, which will be played at the nearby town of Estaires in France, where Cornishmen were billetted.

A ceremony is held every evening at the Menin Gate to honour the tens of thousands of dead who have no known grave.