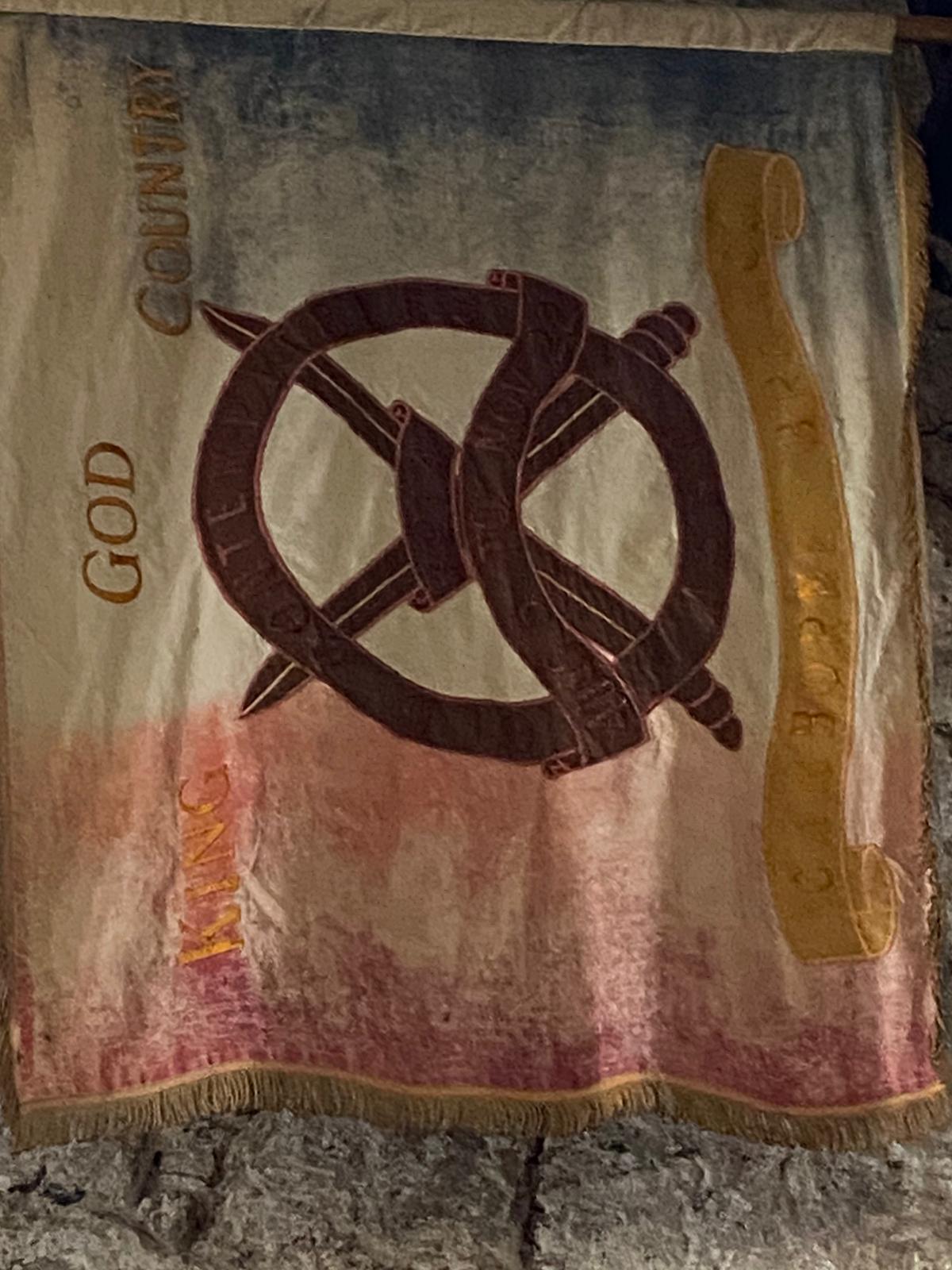 Very many thanks to David Thomas, of Kresen Kernow (Cornwall’s archives) in Redruth, for letting me know that an historic banner, belonging to Camborne Old Contemptibles, is hanging in Camborne Church.

Camborne had an active branch of the Old Contemptibles, an organisation set up across the country in the years after World War One to support war veterans.

Camborne and surrounding districts had seen hundreds of men join the forces. Many sadly never returned from service: those who did often found it hard to adjust to everyday life back at home. What we would now call ‘Post Traumatic Stress Disorder’ was not then recognised. The opening meeting of the Camborne branch of the Old Contemptibles was held in the local library in May 1936. It was led by Dr William Blackwood. He was a popular local figure who had led a group of St John Ambulance men from local mines out to serve in the 25th Field Ambulance on the Western Front.

Blackwood, then aged 58, said that men who had fought in the War had felt the need for an association for some time.

“Their numbers were diminishing; twenty-two years had passed since the beginning of the last war, although it did not seem so long when they looked back,” said The Cornishman, reporting his speech. “Those years, added to the ages of many of them when the war broke out, made some of them grey-haired.” “They wanted to get together occasionally and recall the times they had had together. Some of those times were very silly and they had throughly enjoyed themsleves,” Dr Blackwood went on. “In the distance, they forgot the bad times and thought of the jolly times…”

The St John Ambulance men he had led out to France and Belgium had certainly seen some tough times. They had been at the Somme in 1916, Passchendaele in the following year. Many had ended up as Prisoners of War after the German Spring Offensive in 1918.

They named their branch, based in Camborne, the ‘West Cornwall’ branch and the association certainly provided company. It also helped members to get jobs, secure surgical applicances and medical attention for wounds suffered in action.

The Camborne-based group continued for many years, poignantly marking the funerals of members who one by one died over the years by parading this very banner.

Our World War One project Heart of Conflict has told many of their stories. Click here to visit the website.