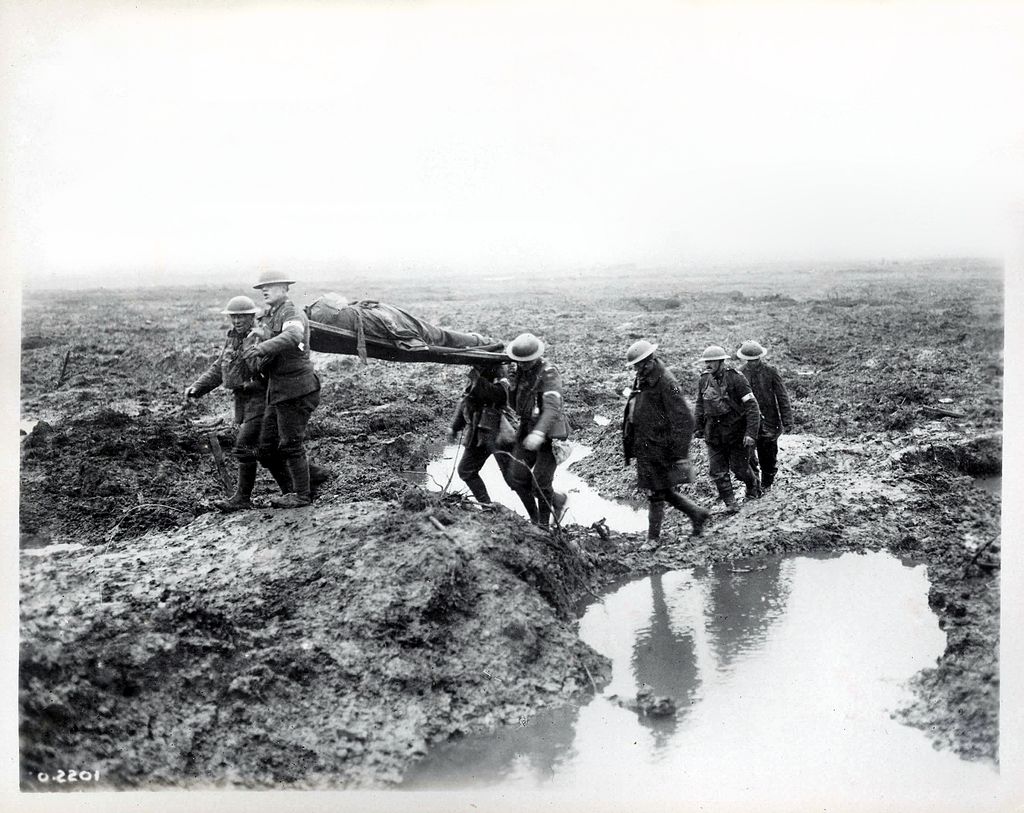 Remembrance Sunday 2020 brought some fresh news of events of more than 100 years ago.

The great niece of one of the men who joined the Royal Army Medical Corps (RAMC) under Dr William Blackwood in 1914 came forward with information about Arthur Harris, her great uncle, who was sadly killed on 8 July 1917 aged just 23. Arthur, a miner, was one of the men from Camborne and Redruth who joined Dr Blackwood in the RAMC after war broke out. These men were in St John Ambulance teams at the mines.  Dr Blackwood  – a popular local figure – had helped to train them so that they could provide much-needed emergency medical care there when needed.

After signing up, the men became part of the RAMC’s 25th Field Ambulance, a unit made up of about 250 men from Cornwall and Devon.

In September they left Camborne for the Western Front. They trained on Salisbury Plain then camped in Winchester with the rest of Kitchener’s Army before embarking for Le Havre on 4 November 1914.

They first headed for Estaires in northern France where they were stationed for the first 15 months of the war, engaged in the Battle of Neuve Chapelle and Aubers Ridge. The following year they travelled south to the Somme then in 1917 back to Belgium for the terrible battle of Passchendaele.

Passchendaele was one of the most horrific and bloody battles of World War One and Arthur Harris sadly lost his life at the start of it. Passchendaele is notorious for the number of men who died. It is also remembered for the conditions in which men fought – the seas of mud that were created by the endless (and unexpected) rainfall that fell that July.  Men fought and died in the mud: many drowned in the mud and their bodies were never recovered.

Arthur Harris died on 8 July 1917, a few days after the battle started. He was not the only man in the 25th Field Ambulance to die that month.  The unit had gone through the Battle of Neuve Chapelle and then the Somme with little loss of life.

But at Passchendaele, their luck turned.

On 7 July 1917, Oliver Allen, a young gardener from Porthleven, was killed. His father J.R. Allen back home was a fish buyer and curer.

The following day Arthur Harris was killed and his grave is close to Oliver Allen’s in Menin Road South Military Cemetery. Here’s some footage of the cemetery from December 2019. Men were buried where they fell. The busy road nearby leads down to the Menin Gate in Ypres.

Thanks to Arthur’s great niece, Elaine Haddon, we now know a bit of his background.  He was born in Beacon and in 1911 living in Union Street, Camborne.  He was in the Territorial Army before the war (regimental number 459251) and signed up in 1914 when his military number was 1458.

He married Martha Jane Curnow in June 1916: sadly they were only married just a year before he was killed.  Records show that after his death, his widow (born on 28 July 1891) was living at 4 North Roskear Road, Camborne.  (Incidentally this form states that he was killed on 7 July 1917: this date also figures on some other Commonwealth War Graves records.) Arthur Harris is remembered on a brass plaque inside Camborne Church (see left).

Several of the men in the 25th Field Ambulance were originally from Beacon – friends perhaps from childhood.

Other west country men in the 25th Field Ambulance who died that month were Private S. Walters (age unknown) of Plymouth who died on 30 July of his wounds;  and on 31 July 1917 Private William Cooper (age and birthplace unknown),  Private John Evans of Exeter and Private S.G. Martin of Plymouth were killed.