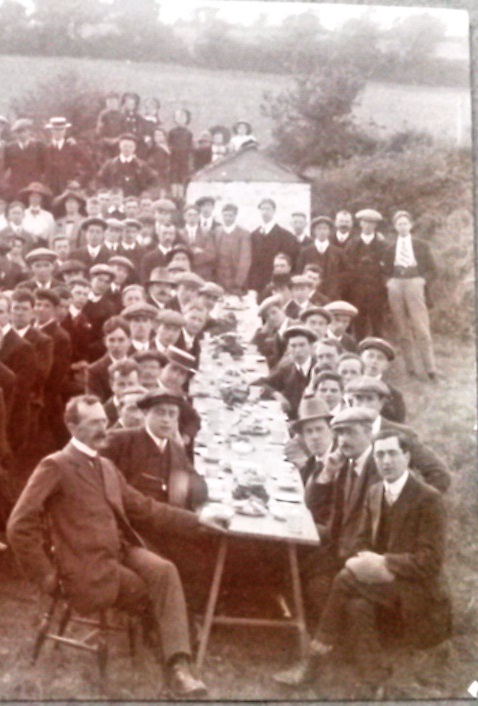 Redruth Wesleyan Young Men’s Bible Class outing just before the outbreak of World War One. A total of 150 young men signed up to fight.

Harry Rich was an influential and well-known local character, who was a Director of South Crofty mine.