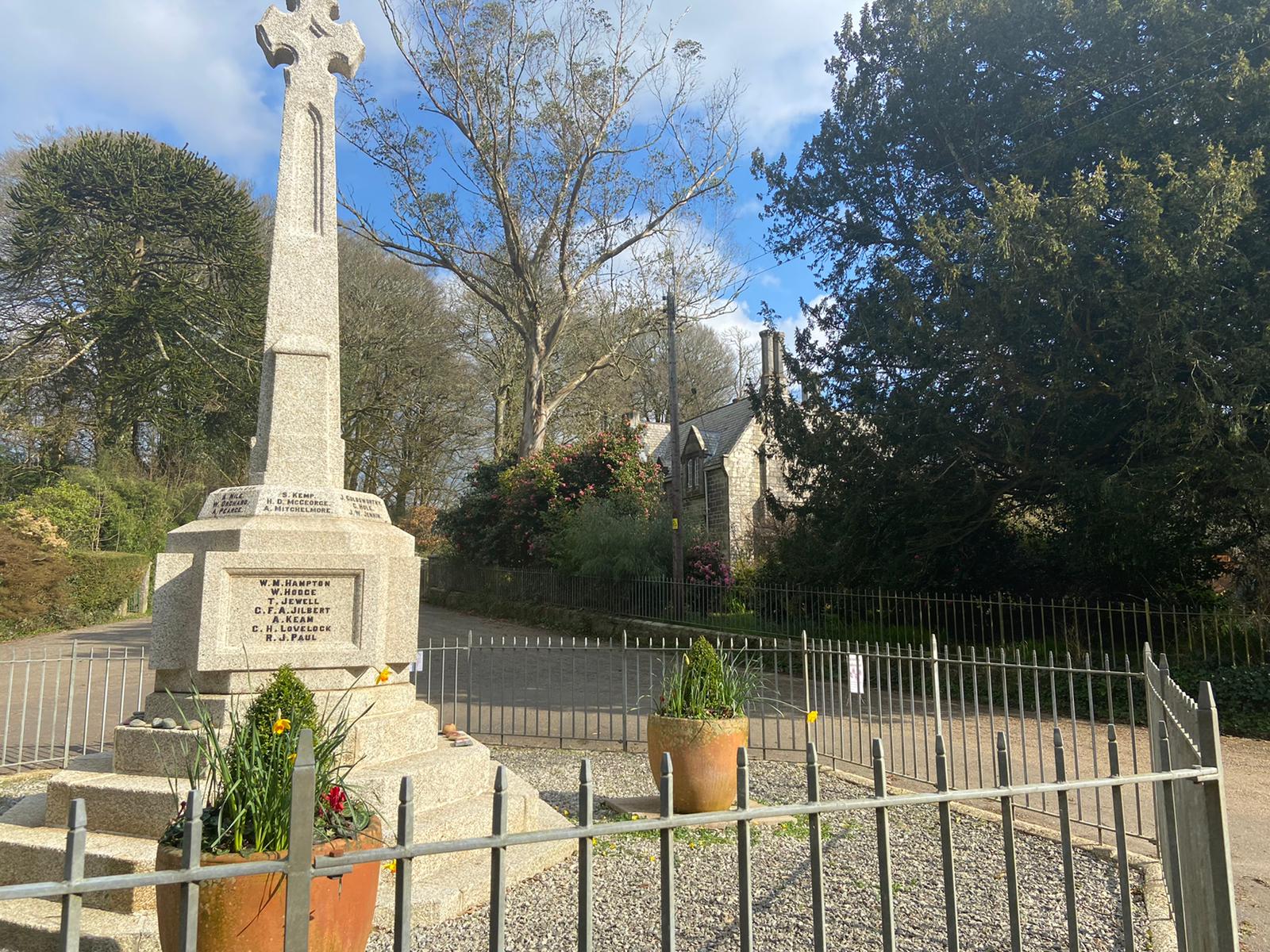 The body of William Nancarrow of Four Lanes, a miner who joined the 177th Tunnelling Company with the Royal Engineers in 1915, has never been found. He was engaged in dangerous work tunnelling under enemy lines to plant mines. Cornish miners were especially skilled in this due to their experience of hard rock mining techniques.

Many did not survive and like Nancarrow’s, the bodies of many lie in the tunnels where they met their deaths.   His widowed mother Caroline, back home in Camborne, received a pension but never had the solace of visiting her son’s grave. Nancarrow died on 22 August 1917. His name is one of thousands at Tyne Cot cemetery near Ypres, one of the largest World War One cemeteries.

In August 2018 to mark the centenary of the end of the war, Camborne Youth Band visited Tyne Cot and remembered these miners. Listen to Band member Sophie Upton speaking about this.