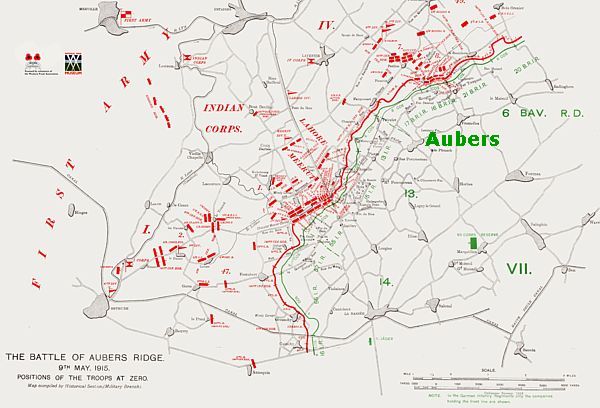 scovered more about one of the soldiers who played in rugby matches played on the Front between Cornish and Devon soldiers after Camborne Rugby Club sent out a ball.

Thomas Penhorwood was a police constable from Newquay who played in probably two of the matches but was killed before the third.

He was born in 1888 at Egloskerry to Lewis and Martha Penhorwood (nee Lundrey). His father was an Agricultural Labourer. By 1911, Thomas was a Police Constable boarding with Sgt. Albert Johns and his wife, Evelina at Newquay Police Station house.

He enlisted at the outbreak of war in 1914 at Newquay with the Royal Army Medical Corps (Regimental No. 1970) serving with the 25th Field Ambulance.  This is where he met Captain Blackwood from Camborne and the men who signed up from Dolcoath mine.

He embarked for France on the 5th of November 1914.

Just over six months later, he was killed in Action on the 10th May 1915 at Aubers Ridge, by gunfire in helping retrieve the wounded from no man’s land. He is buried at the Sailly-sur-la-Lys Canadian Cemetery, Saillysur-la-Lys, Departement du Pas-de-Calais, Nord-Pas-de-Calais, France. Plot: II. C. 69.

‘Records of Cornish Soldiers and Sailors’

‘Writing from the Front, a member of the 25th Field Ambulance Corps, 8th Division, says that a member of the corps named Penhorwood, an ex-policeman  and a Newquay man, has been killed, having been shot through the head. The writer says Penhorwood was a very good fellow, and his Newquay comrades paid the last respects to him. The unit turned out for the funeral, a very unusual thing on active service, and ‘Last Post’ was sounded.’

A local writer reflected, some years later, on the Battle at Aubers Ridge:

“The battle of Aubers Ridge was a British contribution to the Allied spring offensive of 1915. It was fought over the same ground as the battle of Neuve Chapelle, 10-13 March 1915, but failed to achieve even the temporary successes of that battle. The British attack was to be launched by General Sir Douglas Haig’s First Army. It was intended to send in two attacks, to the north and south of Neuve Chapelle, with the hope that the two attacking forces could meet up behind the German front lines. Haig had requested extra artillery to increase the strength of the 40 minute bombardment planned for the morning of 9 May, but all available artillery reserves had been sucked into the fighting at the second battle of Ypres, still raging just to the north. The British attack on 9 May was a total failure. The Germans had greatly strengthened their lines around Neuve Chapelle after they had been overrun during Neuve Chapelle, and the British artillery bombardment was simply not heavy enough to destroy the new German lines. The battle of Aubers Ridge fits the popular image of a First World War battle better than most. The British troops went over the top early on the morning of 9 May and were cut down by German machine gun fire. The survivors were pinned down in no mans land. No significant progress was made, and early on 10 May Haig ended the offensive. The British suffered 11,000 casualties in one day of fighting on a narrow front. “

According to Judith Hancock, who has written an online biography of Penhorwood, Thomas had two brothers who survived the war and married.  Samuel (b.1902) died in 1955 and James (known as Henry, b. 1892) in 1967.

Lewis Penhorwood was born on 22 May 1858 near Saltash, the son of Lewis and Jane Penhorwood. Lewis Junior moved to the Launceston area around 1880, working as an indoor servant on a farm at Egloskerry.  For a number of years he was an agricultural labourer, both before and after his marriage to Martha.  By 1911 Lewis had moved up in the world and was farming on his own account.

Martha was from North Hill near Redruth.  Her father Thomas was a gamekeeper.  By the 1880s Martha was working as a servant for a draper in Launceston and married Lewis on 7 April 1887.  Martha died in October 1907, Lewis remarrying three years later.

Thomas must have moved to the Newquay area sometime before 1911, (only the youngest son, Samuel, was living at home with Lewis and stepmother Jane and James was an apprentice carpenter in Broadwoodwidger). Thomas by this time was a police constable, living at the County Police Station in Newquay.  He joined up fairly swiftly; his medal index card showing that he arrived in France on 5 November 1914.