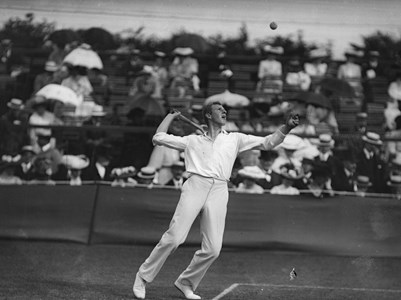 Early May – and the anniversary of the terrible Battle of Aubers Ridge in 1915. We think of this battle a lot as the 25th Field Ambulance (in which many Cornishmen served) was involved – and a man from Newquay (Thomas Penhorwood) was killed. Penhorwood was a good rugby player and Camborne Youth Band revisited his grave to play the Last Post in August 2018.

Interesting to see information about another sporting hero from the brilliant Western Front Association.

A Wimbledon champion who was killed ….

And a useful background article.