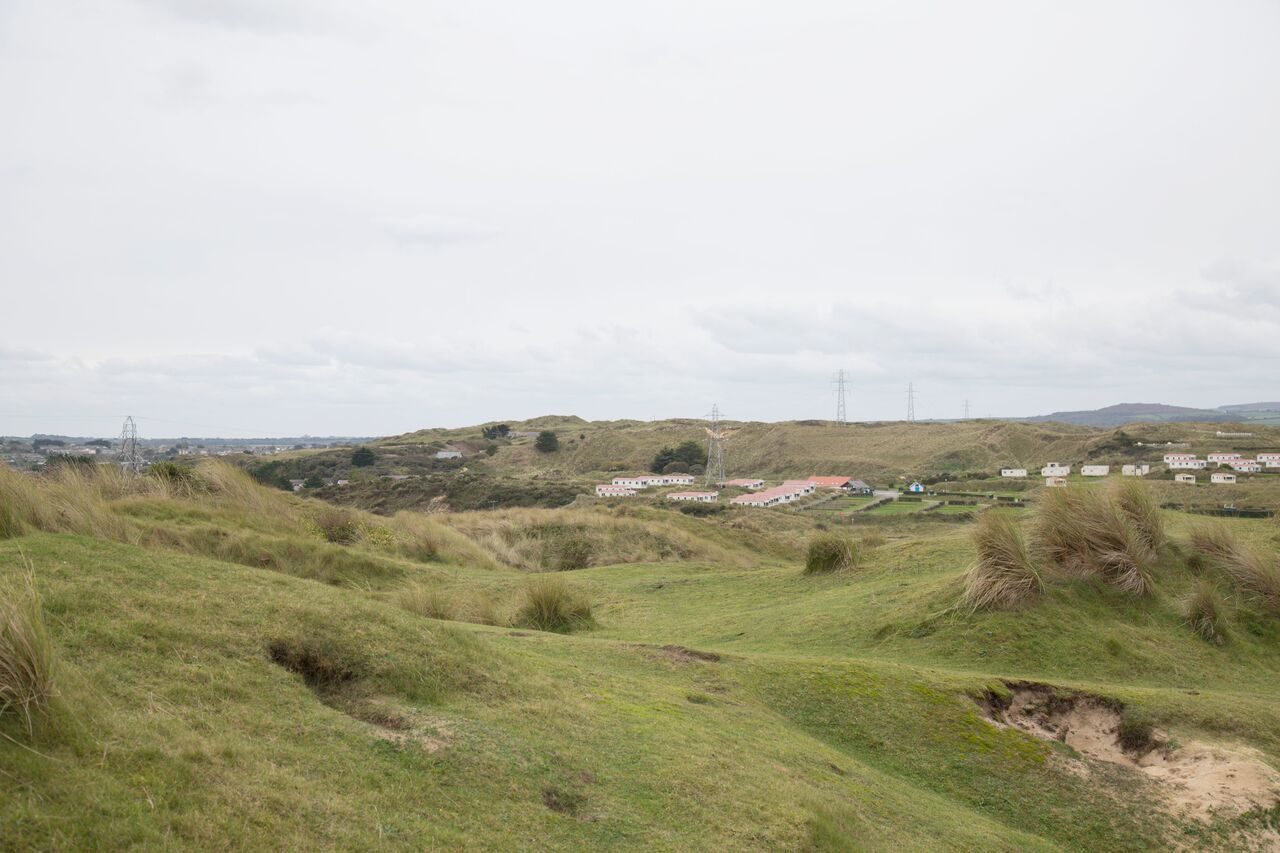 Two young women from Hayle – May Stoneman and Cissie (Harriet Isabel) Rogers – died in a huge explosion at the National Explosives Factory on Hayle’s sand dunes on 20 December 1916. The factory at the time was producing munitions for the war and was one of the largest in the country – part of a huge war effort to manufacture much-needed ordnance.  May and Cissie, who so sadly lost their lives, were part of a huge new workforce of women in factories across the country.

Click here to view a short film about the factory made by Mark Thomas, which includes details of the accidents there.

Their graves are in Phillack Church graveyard.  George Perry and a widower, James Cock, also died in the explosion. James Cock, who was ‘preparing the mounds’ when he died, is buried in Gwithian churchyard.  The inscription on his grave records that he died ‘While doing his duty for his country’.  Sadly, James Cock was predeceased by his wife, Ann, who died in 1903 and a son, John, who died in 1899.

George Perry, who is buried at Gwinear, was 50 when he died.

According to a film made by local historian Bob Cleave some years ago and held at Hayle Archives, Jimmy Richards from Hayle was badly injured in the blast. He was born 1895, died aged 69 in 1965, and was 21 at the time of the explosion. His son Ken, still from Hayle, said: “He was courting my mum at the time. She went to visit him in hospital. He had burns to his face and chest.  He was so badly burned thy were feeding him with a teaspoon through the bandages. It was terrible.”

In the explosion ‘he was thrown into the air, he was lucky not to break all the bones in his body. His clothes were all blown off him’.

Anther victim was “William Perry”. Both were from ‘up Connor’ (Connor Downs)’, according to eye witness Madeleine Thomas who was a child in a house near the Hayle blast site and whose father worked in a local munitions factory.  “All our windows were blown in,” she said, “and our front door – it was a red glass front door.”

All that remains of the factory now are hollows in the dunes and some ruined brickwork. Click here to view a photogallery.

The history of the young women who were killed has been researched by local historian Christopher Berry, and it has resonances now 105 years on.

Since we originally published details of the tragedy on this website, first Ray Rogers, the great nephew of Cissie Rogers then Kay Gibbons, the niece of May Stoneman, got in touch. Kay’s maiden name was Stoneman and her father was May’s younger brother, Henry James Stoneman, who emigrated to New Zealand in the 1930’s.

Together she and Ray are now piecing together a story that got little coverage in the local press at the time, no doubt because it was a sensitive subject linked to munitions and the national war effort.

Chris Berry, however, some time ago tracked down the following article in the Hayle Mail, which contains most of the information that we know about May and Cissie:

Much sympathy is felt with the parents and other relatives of the late Belle Stoneman in their bereavement. Mr Stoneman, who is a saddler and harness maker, is serving with the forces overseas, and the death of their eldest daughter is a source of great grief to the parents.

The friends of Mr and Mrs Rogers will hear with regret of their great sorrow in the loss of their daughter Cissie. The funeral took place at Phillack on Sunday morning, December 24th, amid the deepest sympathy and manifestations of the respect and affection of her fellow workers and everyone who knew her. Wreaths were sent by the following:-

‘In loving memory of our darling Cissie,’ from her sorrowing family;

‘With fond love and deep sympathy to dear Cissie,’ from her sweetheart Stuart;

‘To dear Cissie, with deepest sympathy,’ from the directors, manager and staff;

‘With deepest sympathy,’ from Mr and Mrs Hocken, Penmare;

‘With deepest sympathy,’ from the female workers at J and F Poole, Hayle.

Mr Rogers, father of the deceased, has been for some years in the employ of Messrs H T P and Co., Hayle.”

The cause of their death is not mentioned in this report. Chris found the following in Phillack Church’s Register of Burials:

1916 23 December funeral of May Belle Stoneman, Copperhouse, aged 20, killed in an explosion at the National Explosive Works.

1916 24 December funeral and burial of Harriet Isabel Rogers, Copper Terrace, aged 19, killed in an explosion at the National Explosives Works.

Cissie was the second daughter of Richard Alfred Montagu Rogers and his wife Henrietta.

As part of our work to commemorate the centenary of the end of WW1, we ran poetry workshops in Hayle looking at key aspects of the town’s history. Many of the poems written feature Cissie and May.  To download a copy of the booklet we published at the time, please click here.