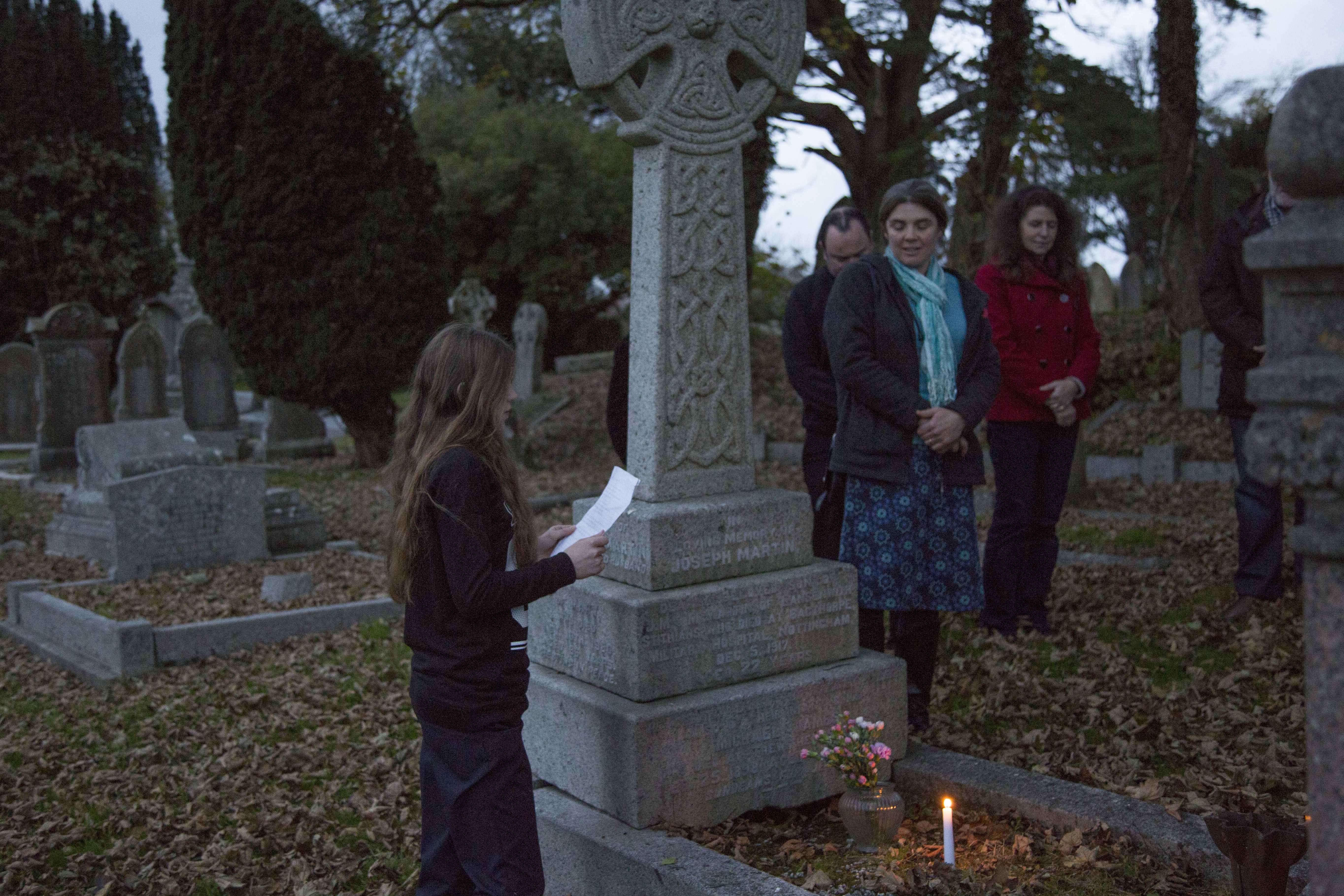 Rhiannon has been helping us with research on our Heart of Conflict exhibition (opening at the Royal Cornwall Museum, Truro, in December) and found that there was (unusually) a World War One soldier buried in the graveyard.  A huge thank you to Hannah Wright who took these photos of the Remembrance Day ceremony.

Joseph Martin sadly died of his wounds at Bagthorpe Military Hospital in Nottinghamshire on 17 December 1917: his body was brought home to Stithians. He was only 22. He was in the Royal Berkshire Regiment and could have been wounded at the battle of Ypres earlier in the year. He was the son of John and Mary Martin of Lansenwith (John Martin described himself as being in the meat trade in the 1911).

We’ve been unable to track down any of Joseph Martin’s descendants as yet – but will keep trying.

At the ceremony, Rhiannon said a few words about Joseph Martin and read a poem: she then laid flowers by the grave.