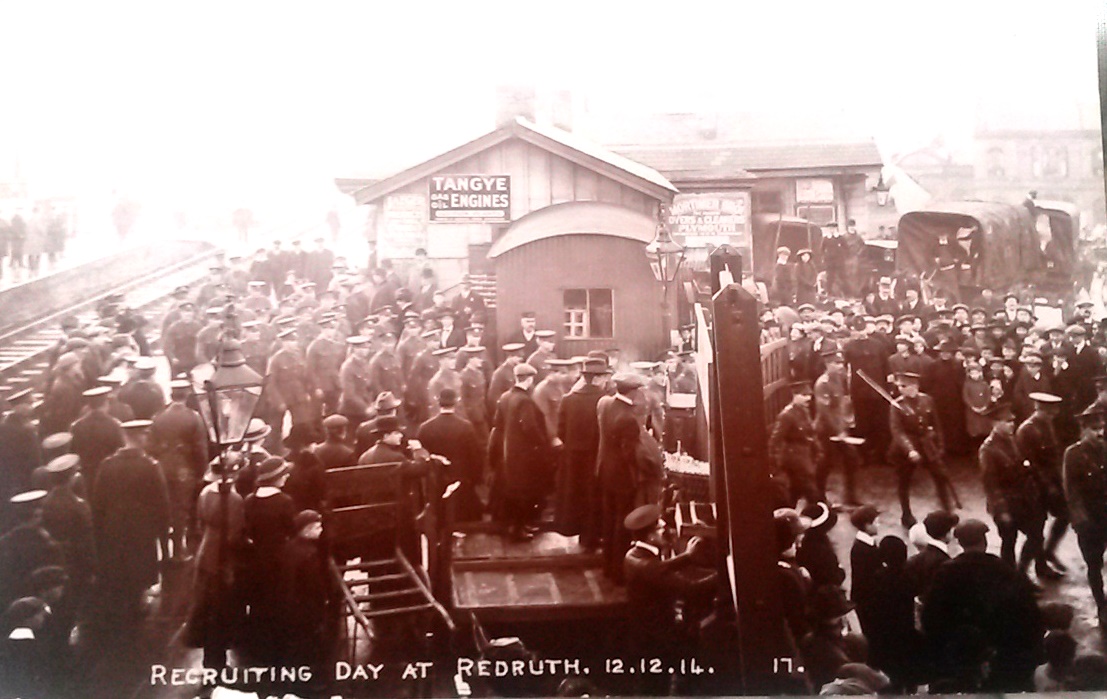 This postcard from World War One found its way back to Cornwall from Canada. It was written to George Isaac in Fort William, Canada by a relative – perhaps his mother – from Redruth. The photograph shows recruits leaving Redruth station on 12 December 1914, just at the start of the war.

“Dad is in the front of the galvanise house, quite prominent, J… (illegible) and Gordon Fisher standing on trolley inside cafe, in foreground of picture, J… (illegible) has a golf felt hat on and overcoat, Gordon cap and overcoat. Have tried to mark their position on back of this card where the address is written. Hope you can find them dear. Notice the new signal box in distance on downside.”

From the address it looks as if George Isaac was at Fort William prior to going to France himself to fight. Perhaps he was one of the many Cornishmen who had emigrated to Canada in the hope of finding work – and signed up in the hope of getting ‘home’ sooner. Many thought the war would be over in a matter of months.

This postcard is from the extensive collection of Paddy Bradley, Redruth.