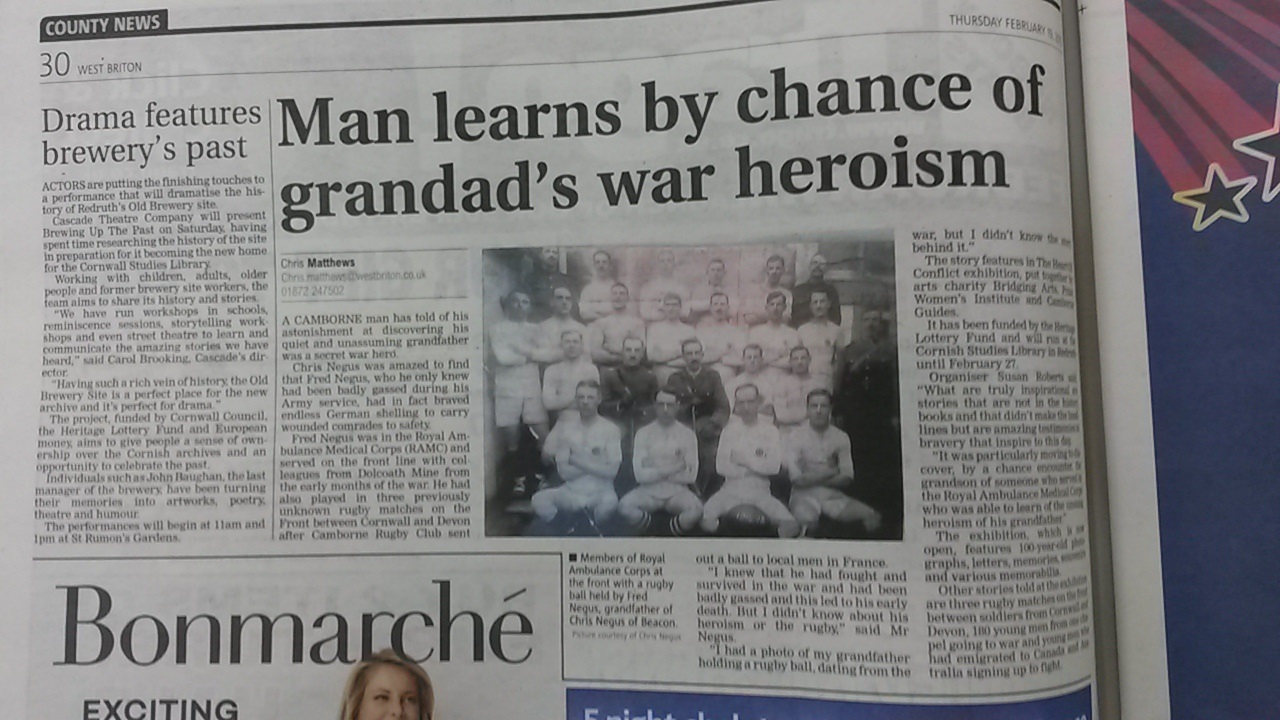 Coverage in the West Briton newspaper (print version), despite the power of the internet,  means a lot in Cornwall.
This article highlights one of the stories that we featured:  Camborne Rubgy Club sent a ball out to the Front at the start of the War and soldiers from Cornwall and Devon played three matches.
We tracked down Chris Negus, grandson of Fred Negus who played.
Fred Negus was recommended for his bravery, and was a prisoner at the end of the war. His family had been unaware of this.