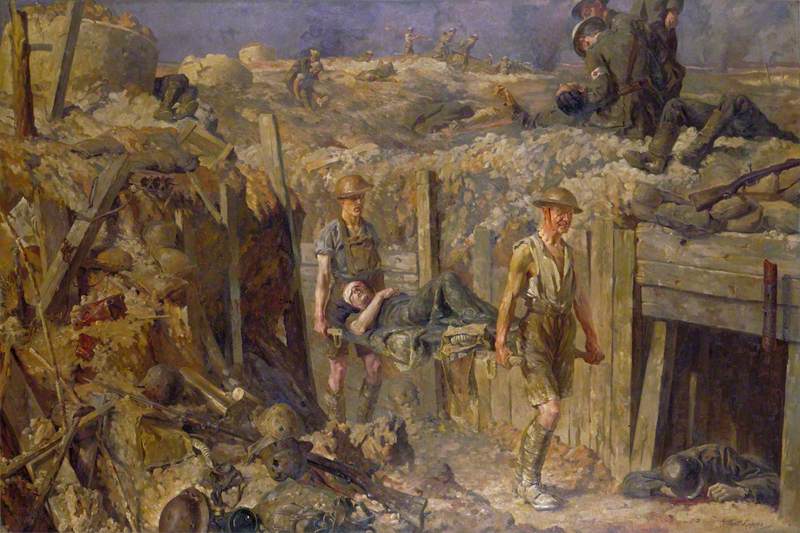 We’ve been coming across impressive paintings on Twitter by the artist Gilbert Rogers of the Royal Army Medical Corps. Strangely, it’s hard to track down much about Rogers’ background. Apparently he served in the RAMC – and was later asked by the Committee for the Medical History of the War to lead a team of artists charged with representing the medical consequences of battle. It would be interesting to learn where he served. 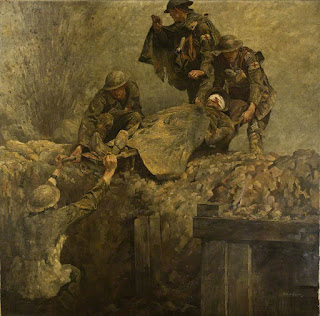 We’re researching the 25th Field Ambulance as part of the next stage of Heart of Conflict, our work in Cornwall marking the centenary of World War One.