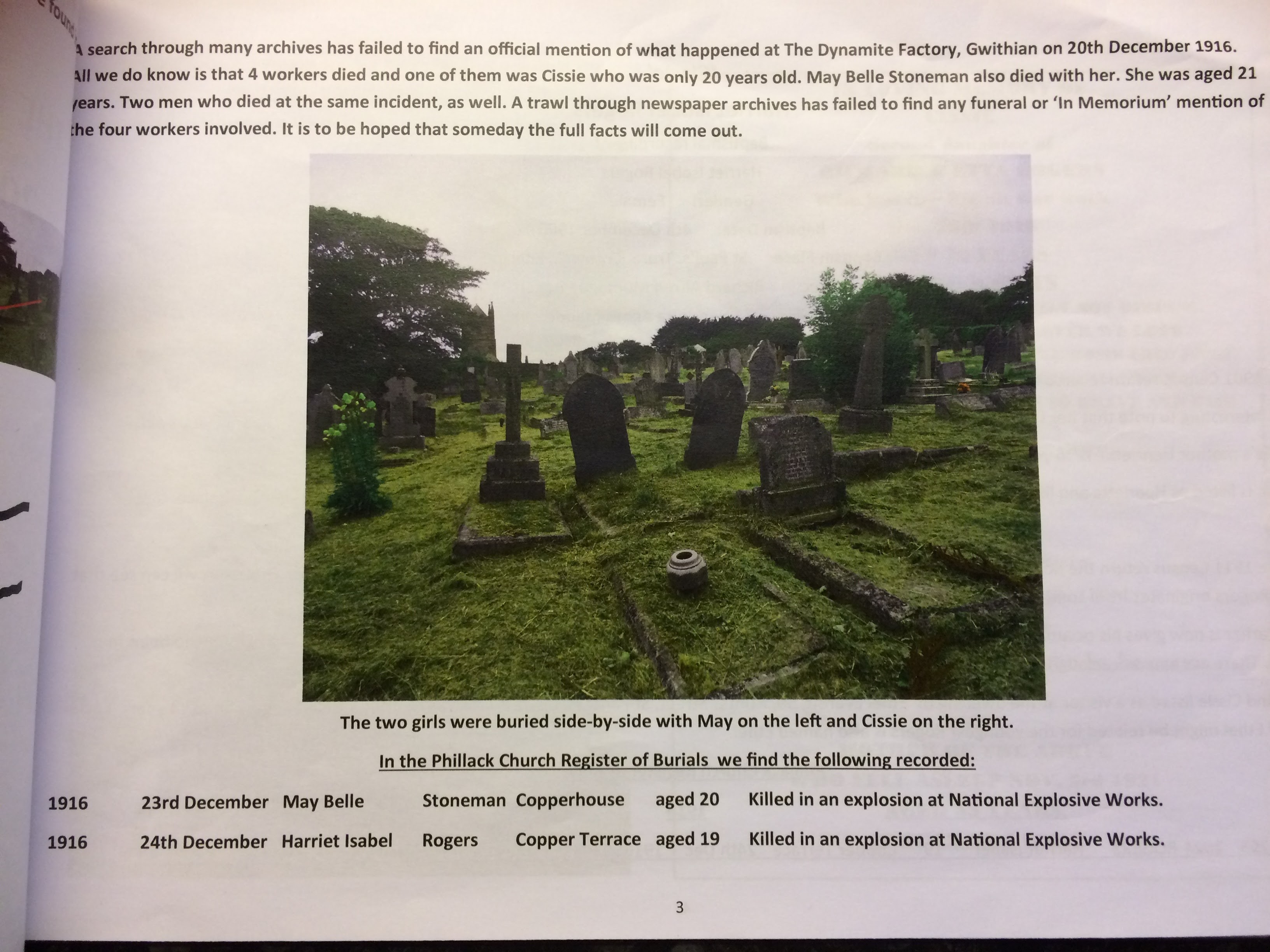 Really impressed to see a booklet by local historian Chris Berry in Phillack Church, Hayle – with lots of information regarding the deaths of two young women in 1916, during World War One.

May Stoneman and Cissie Rogers died in a huge explosion at the National Explosives Factory on Hayle sand dunes. The factory at the time was producing munitions for the war and was one of the largest in the country.

Their graves are in Phillack Church graveyard.

We presented their story as part of our exhibition Heart of Conflict at the Royal Cornwall Museum earlier this year.

The boards that were at the Museum are now on display at Phillack Church, so the two women are remembered now close to their final resting place, along with James Cock and George Perry who also died in the explosion.

Chris Berry has done some wonderful additional research, which adds a great deal to the very sad story.

We’re hoping to stage some poetry workshops in Hayle next year, to coincide with the centenary of the end of World War One. Watch this space.