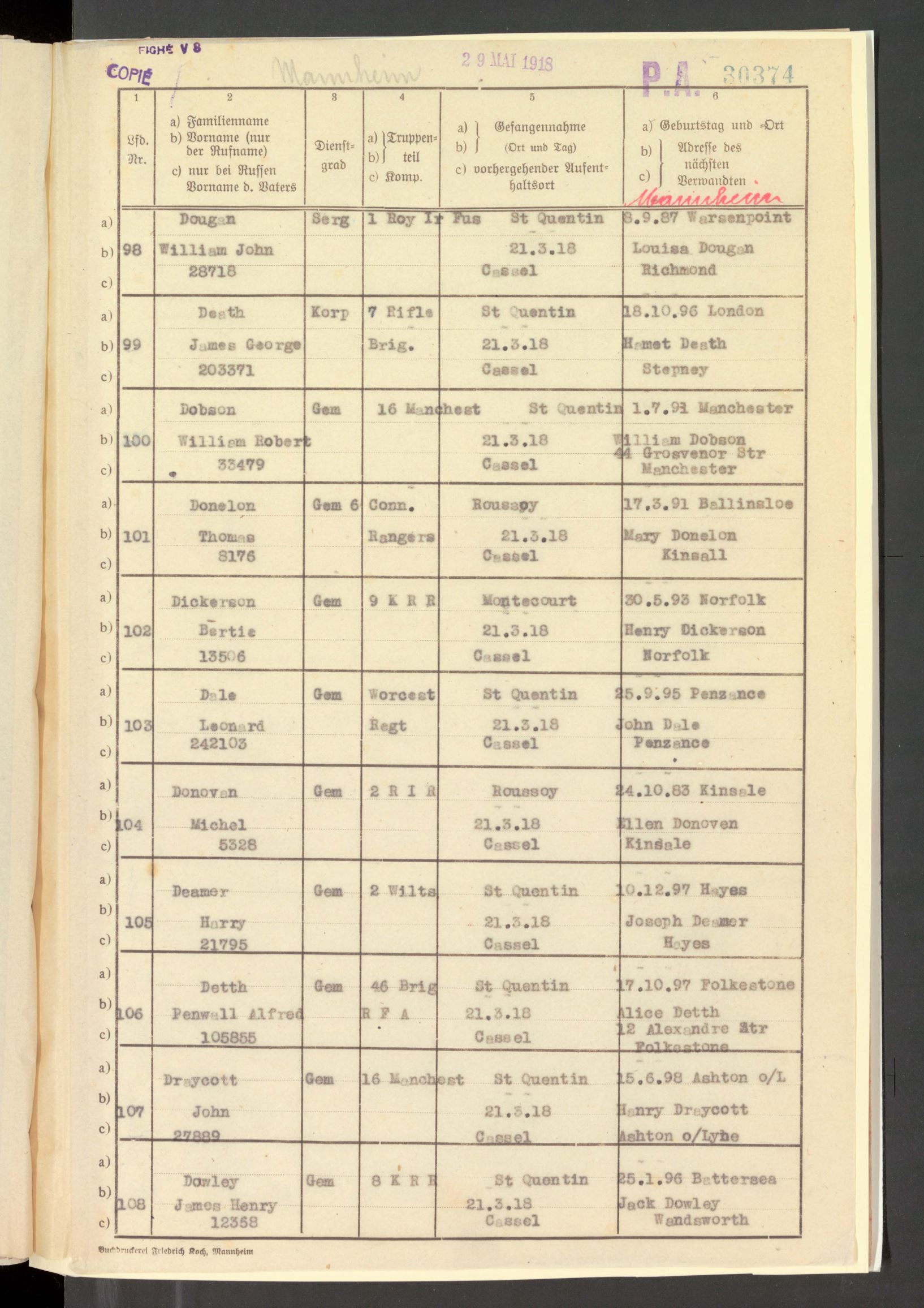 Leonard Dale of Penzance, captured in the German Spring Offensive on 21 March 1918, was interned in two different Prisoner of War camps in Germany before returning to his native Penzance after the war.  His DCLI (Duke of Cornwall’s Light Infantry) cap badge is still proudly worn by his grandson, Graham Martin, on at Remembrance Day commemorations in Penzance. Leonard Dale, born on 25 September 1895, served first in the 12th Battalion of the DCLI (formed in April 1916 as a Labour Battalion, which subsequently went to France.)

His brother John Dale, grandfather of Phil Westren, also signed up and is standing in uniform in the centre of the photo below. Eliza, the two brothers’ mother, holds a photograph of Leonard who was already away on service. Leonard and John Dale with their mother Eliza

Both brothers served in France.

Leonard transferred from the DCLI to the 2/8 Battalion of the Worcestershire Regiment and served with this unit until being taken prisoner at St Quentin in France on 21 March 1918 during the German Spring Offensive.

POW records held by the International Red Cross show that he was at Mannheim and Cassel Prisoner of War camps before returning to his native town having somehow acquired a German Iron Cross, a former Prussian military decoration, revived in 1870 for the Franco-Prussian War, then re-created for WW1. Leonard was awarded the British War and Allied Victory Medals. 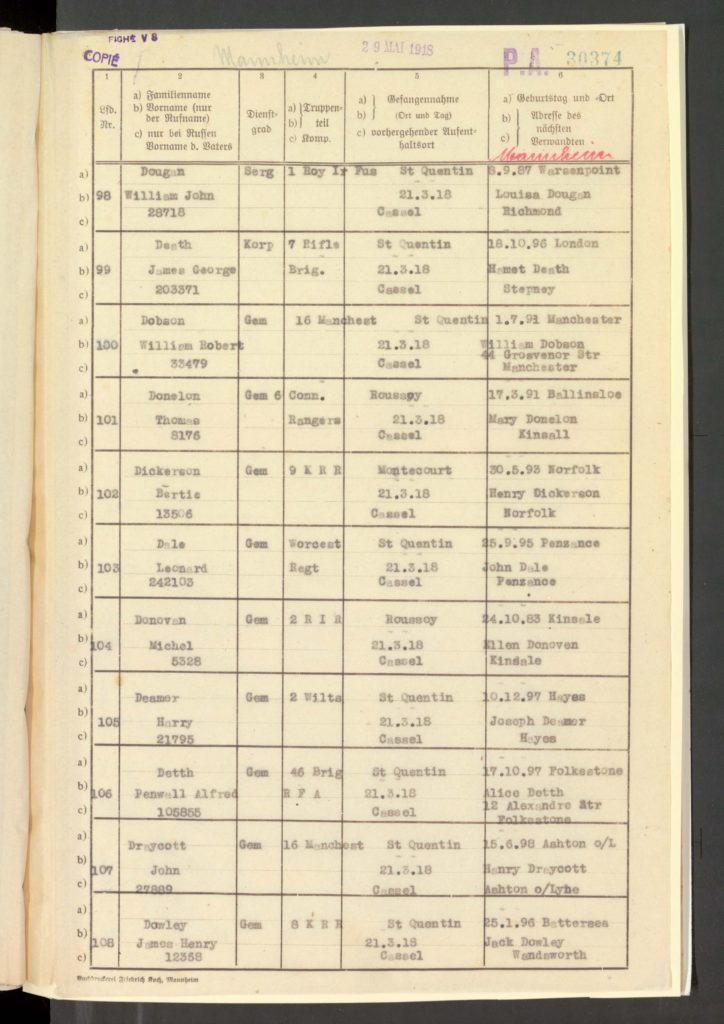 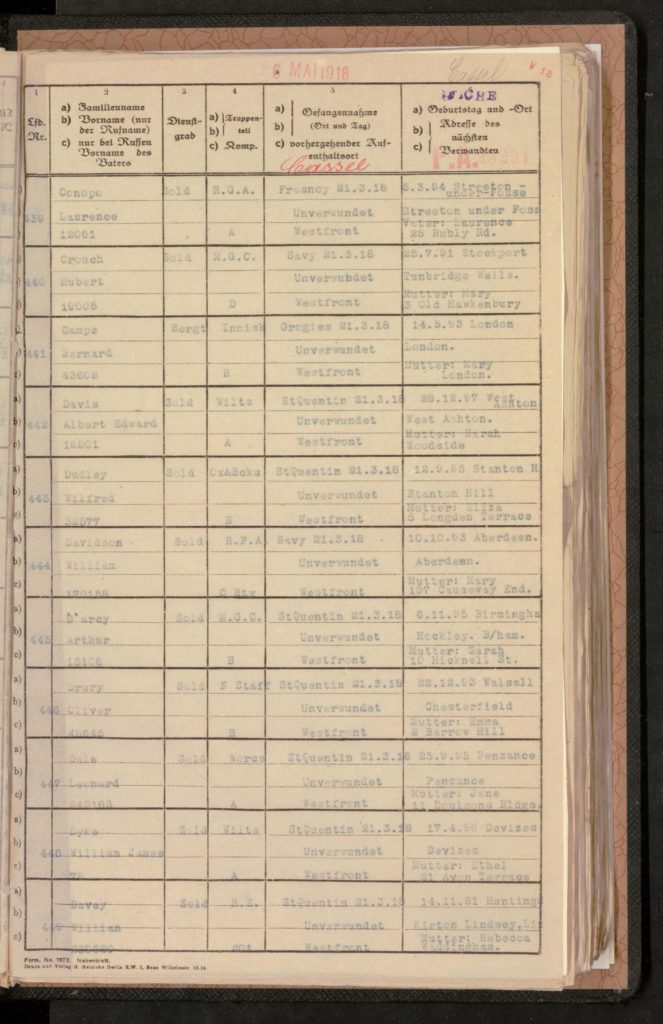 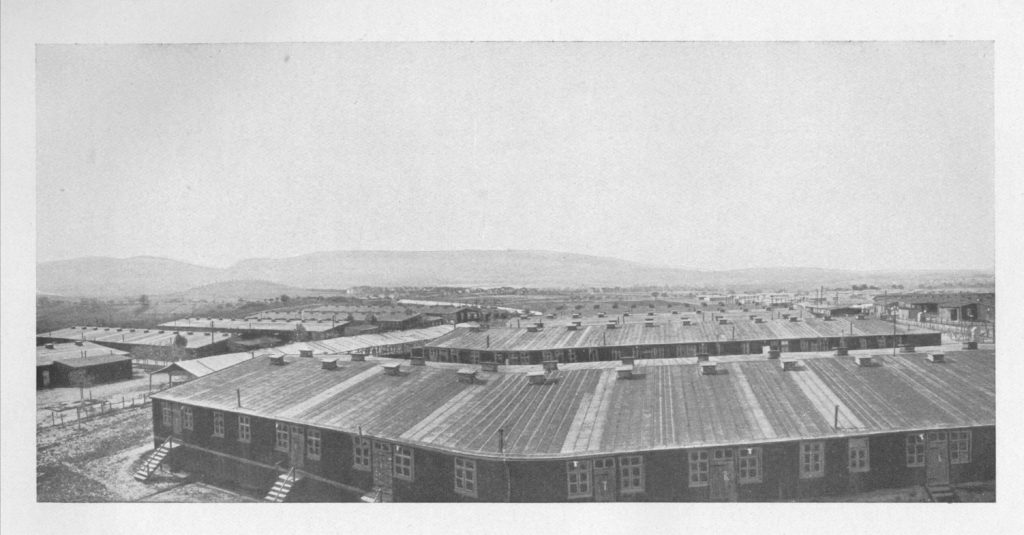 This photo, probably taken from a watch tower, provides a general view of the rows of barracks at the prison camp at Kassel-Niederzwehren with the Wilhelmshoehe Mountains in the background. This type of barrack arrangement was used in a number of German prison camps constructed during the war.