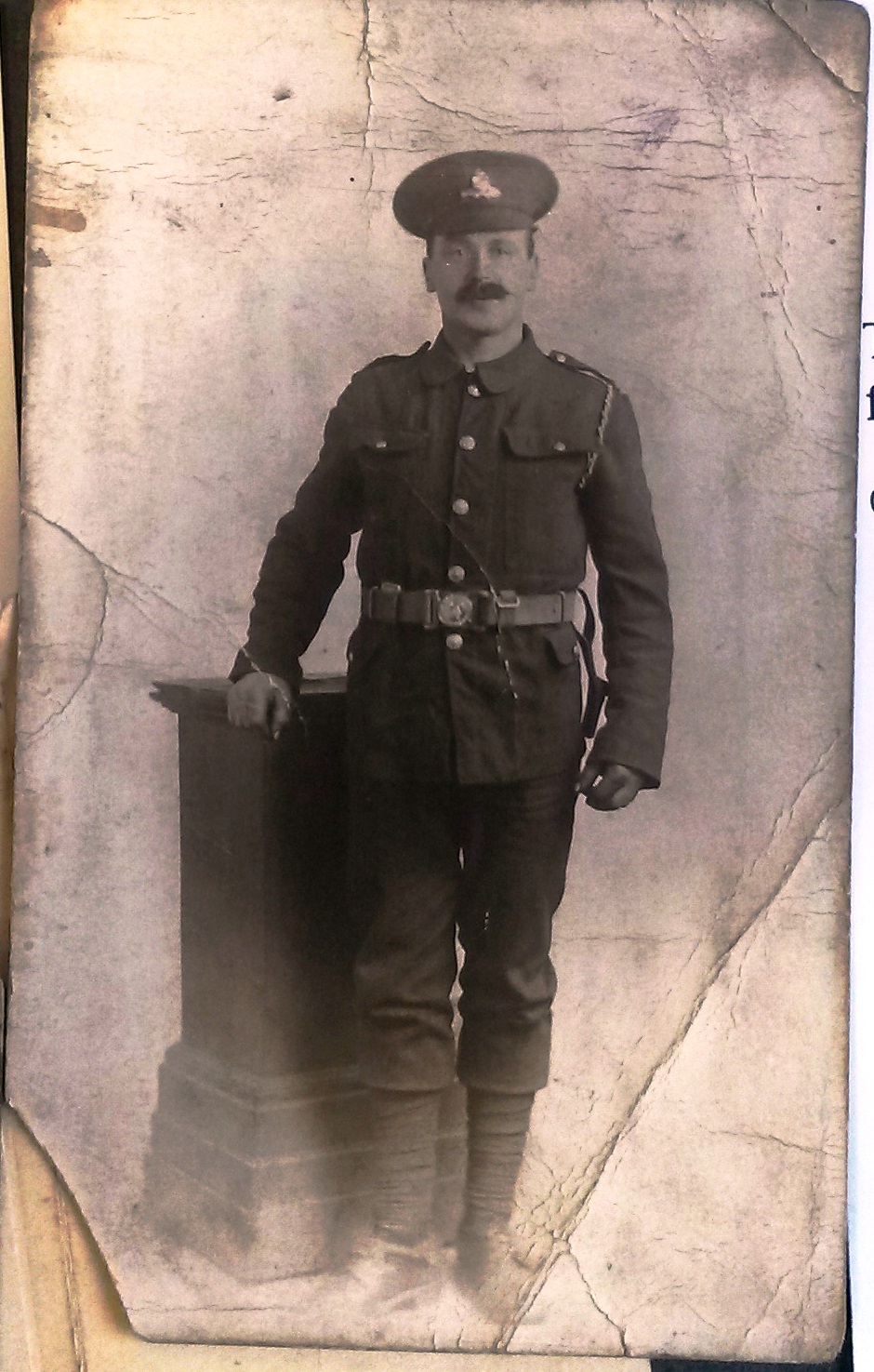 Linda Barraclough of Praze WI wrote this account of her grandparents’ experience in Liverpool during World War One.

Grandfather decided in either 1914 or 1915 to “take the King’s shilling”, as Nanna put it.  He left her with four children to feed and clothe.  She told us that her son Jack aged 13 then had to leave school a year earlier than the normal leaving age of 14, so he could earn some money to help feed the family.  She herself at one point resorted to cleaning office steps in the city to earn some money.

Mum told me that one Sunday Nanna had little food to serve up.  She got the children up late so that she could give them two meals rather than three but went without food herself.  Imagine what her despair must have been when one of the children later asked her when they were going to have their tea, having noticed only two meals that day.

Meanwhile Grandfather had been posted to France.  I know nothing of his service history or to which regiment he belonged but I suspect it was one of the Pals Battalions.  So far I can find no record but perhaps it was amongst the over half of WW1 service records destroyed in September 1940 through a German bombing raid hitting the War Office repository in London.

I have two photos which I believe are the only copies of him in army uniform, one a studio photo and the other holding a rifle and with a bicycle, but where taken, I do not know.  The crossed rifles badge on his lower left sleeve denotes a marksman.  I also have two simple embroidered postcards, one he sent to his children at Christmas and the other to Elizabeth.