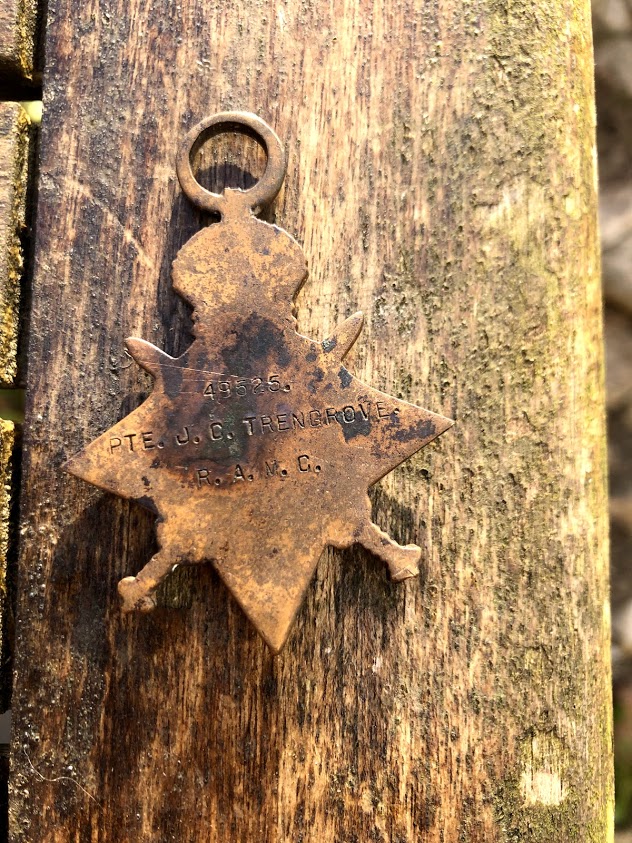 Can you help? This medal was awarded to John Charles Trengrove, military number 49525, Royal Army Medical Corps (RAMC) in World War One.  We’re trying to track down its history.

It is the 1914-15 Star, meaning that Trengrove served in France in those years. His Medal Index Card shows he was there from 25 July 1915.

We’ve discovered pension records after the war that indicate Trengrove was discharged from the RAMC on 2 March 1919 (four months after the war ended in November 1918).

The record notes that he suffered from a disability: he had been gassed. His address at that time was 9, Coronation Road, Redruth.  Five years later he had moved to Pennance Lane, Lanner. But we don’t know much else apart from that. Was he part of the 25th Field Ambulance, joined by many men from the Camborne Redruth area in 1914?

We’re hoping that a local lead may throw some light on this….