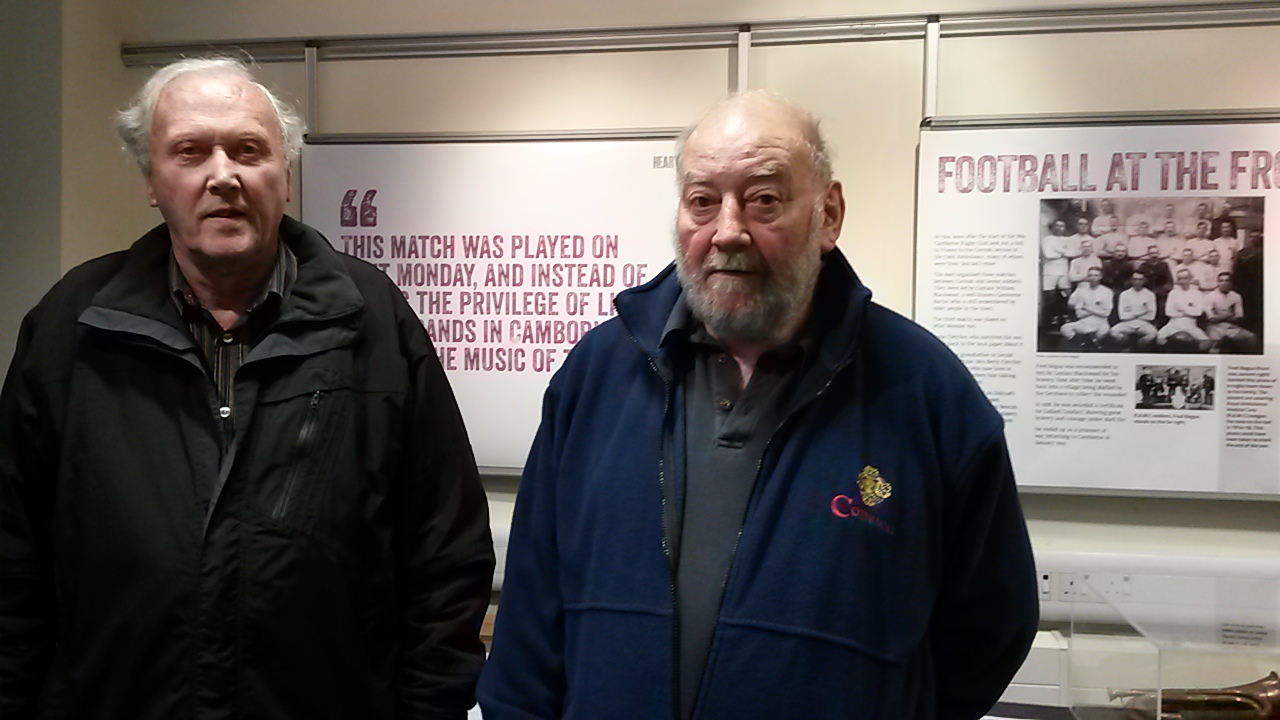 BBC Cornwall’s Hannah Stacey has created a wonderful feature around the story of the rugby matches at the Front played in 1915 after Camborne Rugby Club sent out a ball to local men who had signed up. Three matches between Cornish and Devon soldiers were played.

Derek Head and Chris Negus, the grandsons of two of the men who played were interviewed – as well as local historian Paddy Bradley and Martin Woolcock, who currently plays for Camborne RFC.

A recurrent theme of Heart of Conflict has been ‘heroes who didn’t make the history books’. Hannah’s feature originally aired on Remembrance Day 2015 and is was certainly great to remember the 1915 rugby teams one hundred years on.