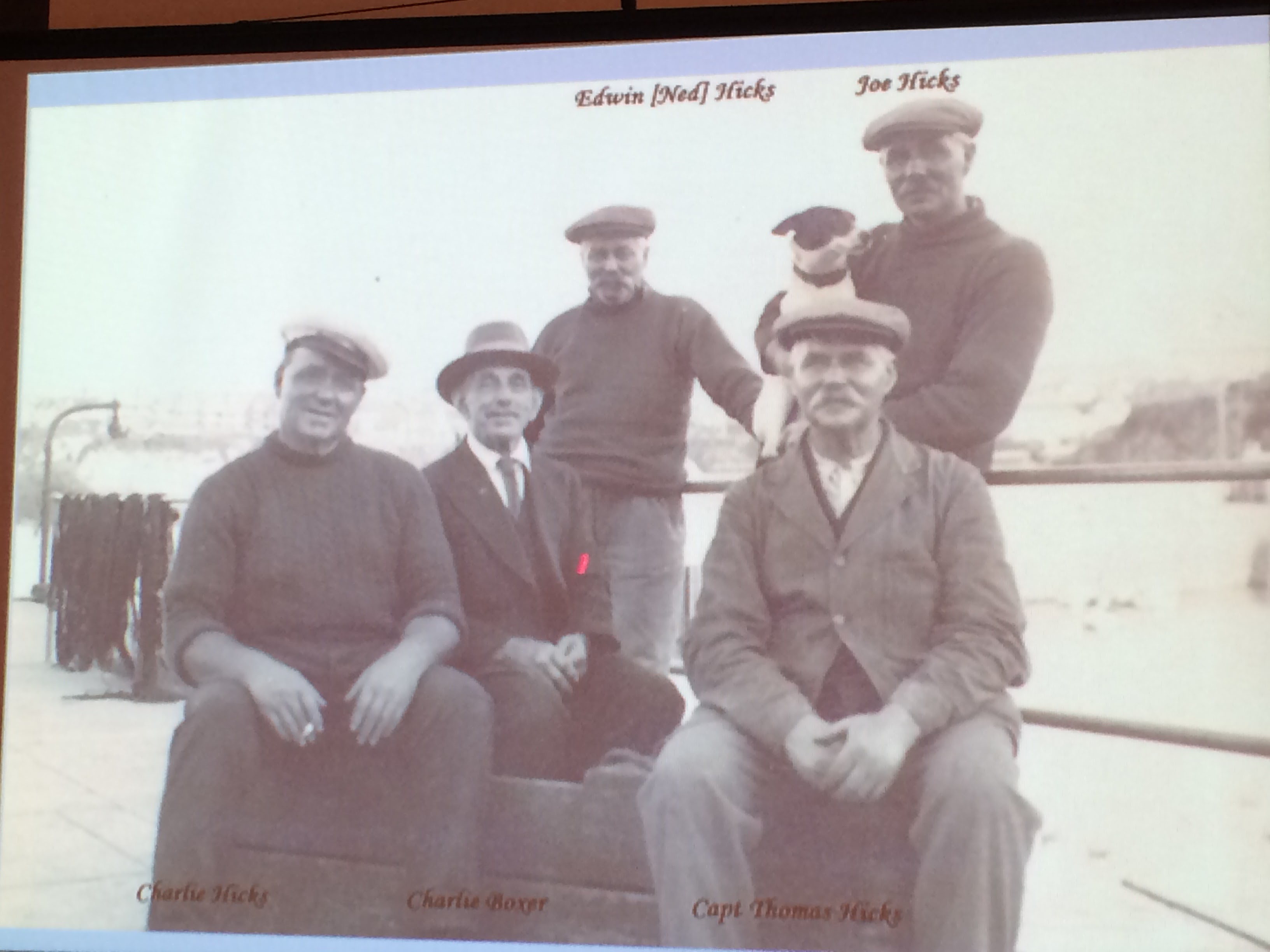 During World War 1 fishermen often went to the aid of ships in distress. Peter Hicks of Newquay remembers that his grandfather, Edwin (known as Ned), often did this.

“Whilst they were hauling boats, it wasn’t unusual for a steamer going up and down the coast to be torpedoed by a German submarine where upon they would set off to rescue as many of the survivors as possible and then take them into Newquay Harbour.

“The most men they rescued in one trip was in the region of 22, not much room to manoeuvre in a small lug mizzen Peter himself a fisherman says there are World War 1 wrecks still underwater off the coast – staining small fish a rusty colour 100 years on. Click here to read his memories of bravery during World War One years.