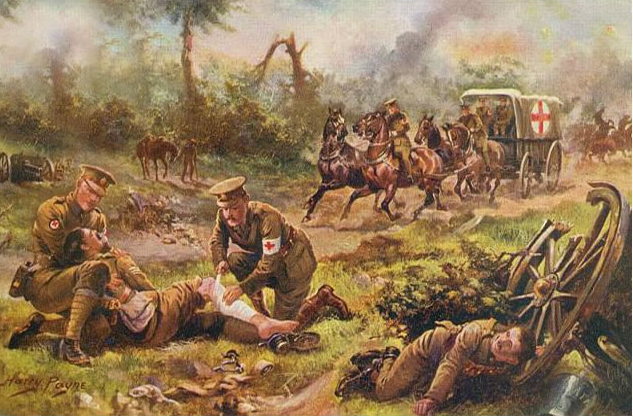 We’ve been doing some research on the men from Camborne (and Porthleven) who signed up in 1914 to serve in the Royal Ambulance Medical Corps (RAMC) 25th Field Ambulance.

We know that some these men played in three rugby matches at the Front (click here for more on that).

But we weren’t quite sure where they served.

Our Newlyn-based researcher has come up with some very interesting information. The RAMC 25th Field Ambulance was under the command of the 8th Division of the 5th Army:

The history of the 8th Division

The 8th Division was formed in England during October 1914 by the bringing together of regular army units which had been stationed at various points around the British Empire. The Division moved to France in November 1914, a badly-needed reinforcement to the British Expeditionary Force (BEF) . It remained on the Western Front throughout the rest of the war, taking part in the following actions: