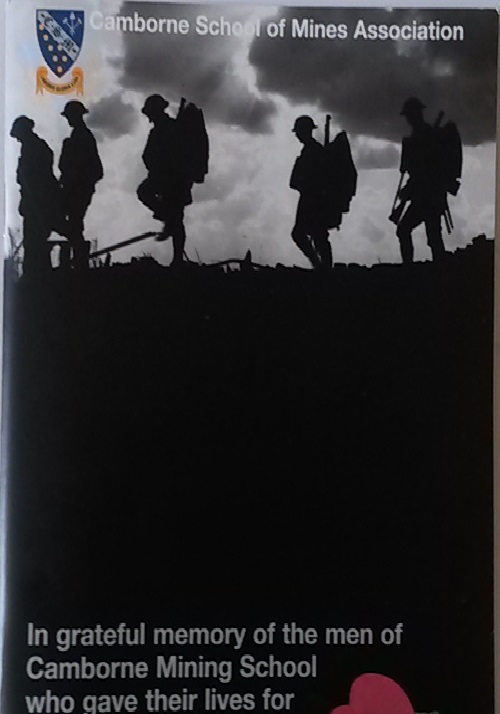 Great to make contact (via the church at Penponds) with Carol Richards who lives in the village and has done extensive research on students and graduates at Camborne School of Mines (CSM) who served in World War One.

She’s a graduate of CSM herself and her meticulous research makes sobering reading. In 1914, many students were from public schools – and went straight off to fight as officers.

Several of the names of those killed appear on the war memorial at Penponds Church, which we featured in the Heart of Conflict exhibition at the Cornish Studies Library, Redruth,

We plan further work at Penponds to explore this research.

Carol writes in the introduction to her book:

“Many of us have walked by the World War Memorials in the foyer of CSM without giving them a second glance. There are 70 names on the two plaques that commemotrate those who died in the First World War. However, few will realise that two men played rugby for CSM and international rugby for England, six won the Military Cross and one was shot down and killed by Von Richthofen, the ‘Red Baron’. Many of the past students of CSM who died were in tunnelling companies of the Royal Engineers and many had no known grave. In this centenary year it is appropriate to remember our past students and their great sacrifice.’