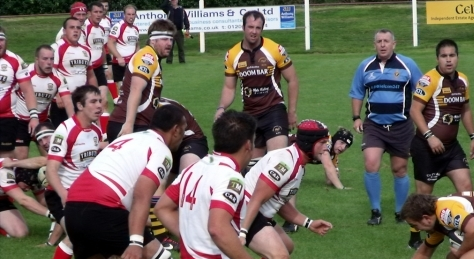 Camborne RFC were established in 1878, and are one of the most famous rugby union clubs in Cornwall.

Many original players were involved in the local tin mining industry especially at Camborne’s Dolcoath mine which at that time was the deepest mine in Britain and many were employed at the local machine tool manufacturer at Holman Brothers producing mining equipment. The first Camborne RFC game was played against Penzance in front of some 600 spectators in November 1877. In 1909-10 Camborne were the top Cornish team and in the following season no other Cornish side managed to score a try against “Town” as they were then known.

It is no surprise that many of the soldiers who signed up in 1914 were keen rugby players. It would be interesting to see a list of the First XV early in 1914 before the outbreak of the War.