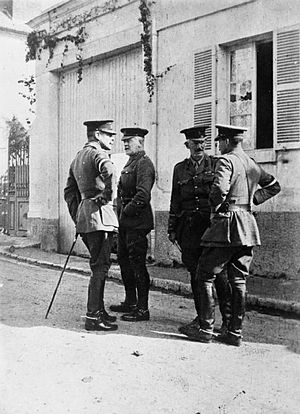 In February 1915, the Cornish miners in the 25th Field Ambulance were involved in a tragedy that touched the very top of military command.

Towards the end of the month a freak accident occurred which resulted in the death of Brigadier General Sir John Gough, one of the most prominent figures in the army. He was visiting a trench near Estaires on 20 February 1915 when a bullet richoted off a wall and hit him in the stomach. Despite the efforts of a prominent surgeon, he died two days later.

He was buried in Estaires cemetery and the Field Ambulance lined the route.