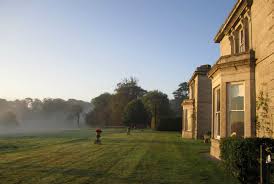 A glimpse in the Cornish Telegraph (5 November 1914) of the early days of Scorrier House (near Redruth) as convalescent facility.  The Belgian officers arrived by train in Truro: at this early stage of the war, the Germans were sweeping through the Low Countries.  By 1918, Scorrier House had become the Redruth Officers Auxiliary Hospital for convalescing officers.

“Four Belgian officers, convalescent, arrived on Tuesday in Truro by the Riviera and were motored to Scorrier House, where they will be the guests of Mr John Williams.”