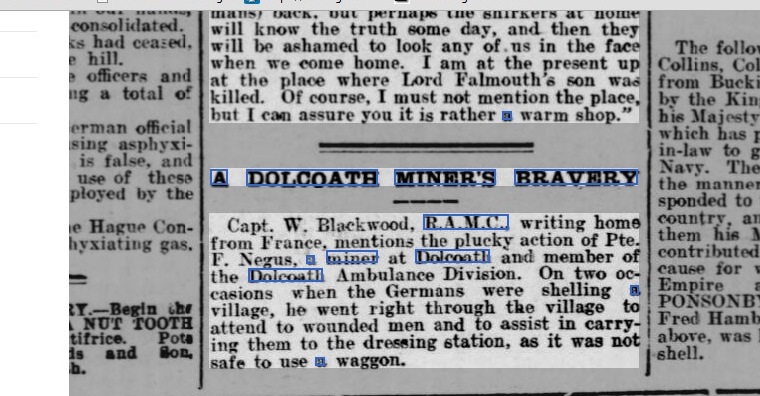 A cutting that surfaced during our researching on three rugby matches played on the front between Cornish and Devon soldiers. Fred Negus who played had been commended for bravery by Captain W. Blackwood of Camborne who had led a brigade of men out to the Front from Dolcoath Ambulance Division.

‘…the plucky action of Pte. F. Negus, a miner at Dolcoath and a member of the Dolcoath Ambulance Division. On two occasions when the Germans were shelling a village, he went right through the village to attend to wounded men and to assist in carrying them to the dressing station, as it was not safe to use a waggon…’