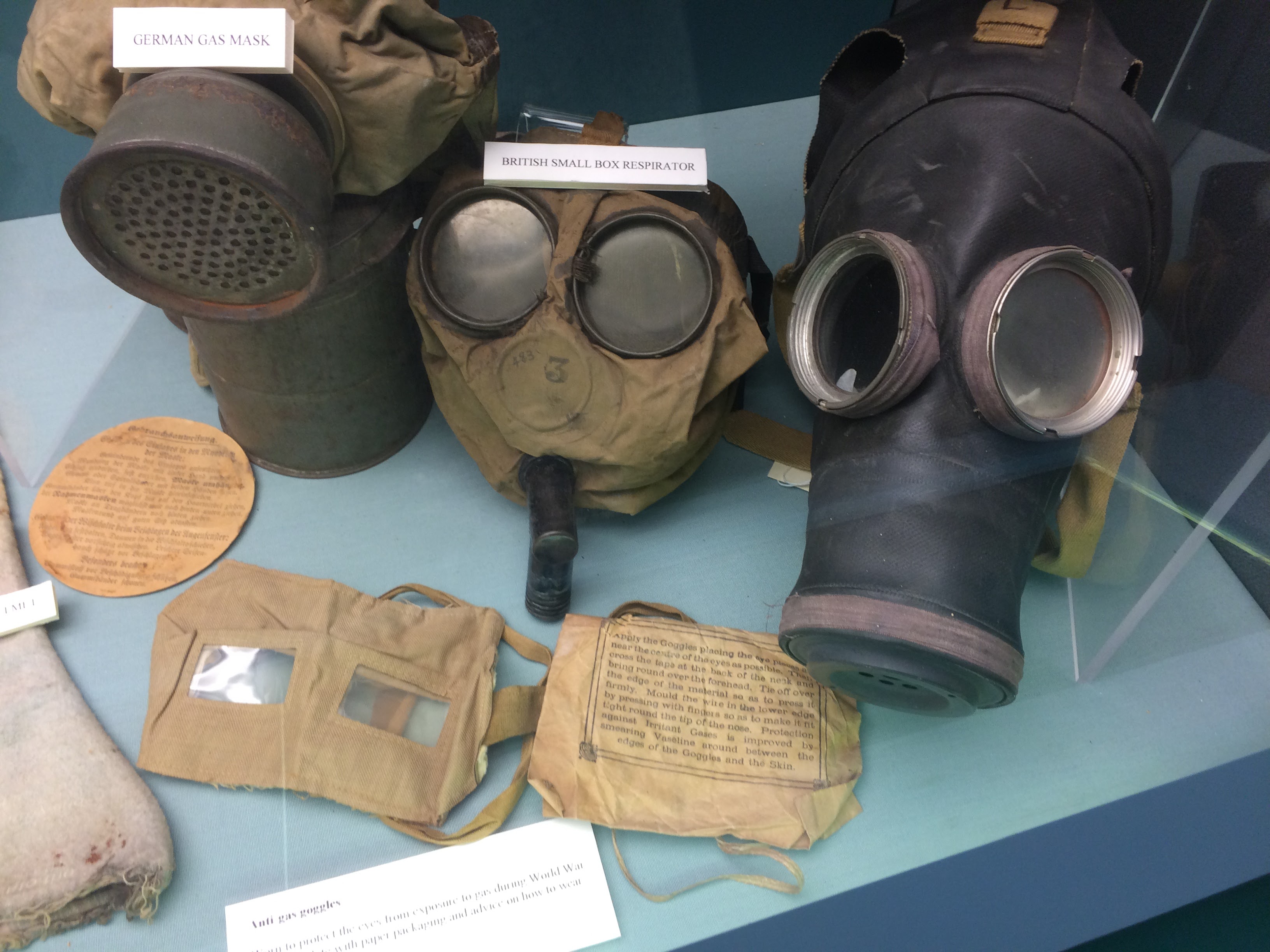 The 25th Field Ambulance in World War One is central to many of the stories in Heart of Conflict, our project looking at Cornwall during World War One. Many miners from Dolcoath in the Camborne Redruth area went straight out to the Front in 1914. They were led by a Cornish doctor, William Blackwood, and were members of St John’s Ambulance at Dolcoath.

For some of the stories we have uncovered, click here and here.

We have also been investigating the equipment used. Here are pictures of the gas masks. They seem almost grotesque to us now.

Gas was used for the first time in modern warfare by the Germans at Loos in 1915, in World War One.