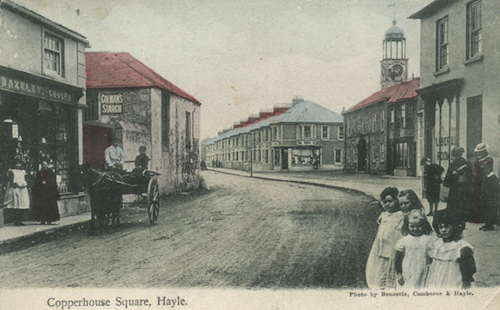 Battle Beneath the Trenches

The story of the 251st Tunnelling Company, formed in Hayle in 1915, is a fascinating one.

We’re delighted to be able to throw a spotlight on it, as part of our Heroes of Hayle project this year – remembering WW1 in the town in the centenary year of the end of the war.

The expert on the subject is Robert Johns, who has written a fascinating book.

“Both sides mined under defences during World War 1. In 1915, the first ‘full’ year of war, the British Expeditionary Force of 250,000 men was holding the German advance but was experiencing the effects of successful German tunnelling and explosions under the front lines.

A successful engineer working in Manchester, Sir John Norton Griffiths, was engaged to recruit men and manage the tunnelling under the German defences. He recruited his own employees and also sought out Cornish miners recruiting 220 from the 10th Battalion DCLI and established the 251st Tunnelling Company. Unlike the infantry who were paid 1/- members of the tunnelling companies were paid 6/-.

The Company were posted to Bethune to protect the northern coalfields. Their activity soon limited the German tunnelling and explosions to no man’s land. Excavations took the Cornish miners down to the aquifer working in both chalk and clay, this placed them underneath the German tunnels. Work took place in silence, each side established listening posts but despite this caution occasionally one side would break into the tunnels of the opposition and fighting in confined spaces followed.

The work was hard and required an intake of 4000 calories per day but was more about quantity than quality. The conditions were both dangerous and unpleasant and air had to be pumped to the tunnels. As the war progressed tunnelling became more about being on the offensive with huge explosions being detonated. Later on in the war the Company was involved in building machine gun posts, dugouts, magazines, dressing stations and the construction of anti tank traps. Following the Armistice on November 11th the Company were engaged in rebuilding infrastructure such as bridges and canals.”